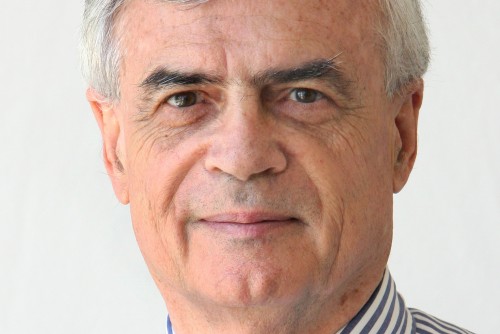 The sun was about to come up July 1, and John Creer’s alarm went off. Just like it had for the past 25 years. But, he didn’t get in his car and drive to Lindenwood University. It was his first day of retirement.

Instead, Lindenwood’s former athletics director hurriedly prepared for a flight to Asheville, N.C., for a month of relaxation and family time. It was going to be a true test for a man who didn’t really know much about relaxation.

Creer said, “It wasn’t that bad,” because he already had a consultant retirement job lined up at Lindenwood after his month in Asheville.

“I don’t play golf or have any hobbies, so I wanted to do something I enjoyed,” Creer said. “And I enjoy being a part of Lindenwood and staying productive.”

Now Creer spends his days on the phone talking to former athletes, sharing stories, and reconnecting.

“I want to get as many former athletes re-engaged with Lindenwood as I can,” he said, “at whatever level they feel comfortable with.”

In addition to reconnecting with former student-athletes, he has also connected with a former athletics director and coach from half a century ago. The discussions have been very enlightening.

“Did you know it appears we had a gymnastics program a long, long time ago? We had some ‘lost years,’ and there is more and more evidence that quite a few years ago we previously have had several of our current programs,” Creer said.

“Michelle is great in her position,” Creer said. “She was housing director for so long, and she knew all the students and built up a great rapport with a lot of people. She is ideal to direct our alumni efforts.”

Over the summer, Creer has been busy working all sorts of alumni events. He has personally spoken to men’s lacrosse alumni, and he is involved in meeting and greeting alumni at university events held at Alumni Plaza. He worked on establishing the Kansas City Alumni Club and has worked on alumni research projects for Vice President Dan Grigg. Lindenwood’s former AD and track coach is currently working to help set up a track team alumni reunion to be held spring 2017.

“I enjoyed the month in Asheville and had a good time relaxing,” he said. “But I had a sense of anticipation and excitement about starting this new consultant position. I really do enjoy being a part of Lindenwood. It is like family to me.”