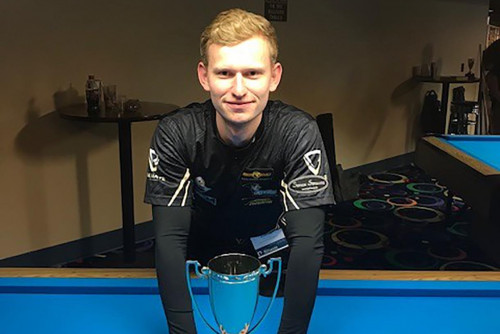 With a 26-12 victory over California in the finals, the Lions repeated as champions at the 2018 USA Rugby College Sevens National Championships May 19 at Infinity Park in Glendale, Colorado. Read more

After the Lady Lions won their first ever 15's title two weeks earlier, they accomplished a difficult feat by also claiming the USA Rugby Collegiate Sevens Championship with a 20-0 win over Penn State May 20 at Infinity Stadium in Glendale, Colorado.  Sophomore Caring De Freitas was named the Most Valuable Player for her standout performance during the tournament. Read more

Cheerleading Makes Program History with Two Titles
For the fourth consecutive year, Lindenwood cheerleading has won a national title at the NCA/NDA Collegiate Cheer and Dance Team Championships in Daytona Beach, Florida, but never before had the program won two titles the same year, until now.  The Lions repeated as Large Coed Division II champions on Friday, having won the same title in 2017, but they also hoisted the trophy in Small Coed Intermediate Division II on the same day, and even added a second place finish in Small Coed D2. Read more

Synchronized Swimming Captures Fourth Straight U.S. National Title
Synchronized swimming captured its fourth consecutive U.S. Senior National high point championship April 1 at the Oro Valley Aquatic Center near Tucson, Arizona.  Despite the 70-point margin over the nearest club, the outcome was much closer than the score indicated, thanks to a couple of familiar faces. Read more
Shotgun Sports Team Edges Texas A & M for 15th Straight National Title
The shotgun sports team trailed Texas A & M by one target with just American Skeet remaining for both squads, but Lindenwood outshot the Aggies by four in the final event on Saturday to claim the 15th straight title for the program at the ACUI Collegiate Clay Target National Championships at the National Shooting Complex in San Antonio, Texas.  The Lions finished with an overall score of 2,492 compared to Texas A & M with 2,489.  It was the smallest margin of victory for Lindenwood in any of its national championships.  Read more
Directions Campus Map
Lindenwood University
209 S. Kingshighway
St. Charles, MO 63301