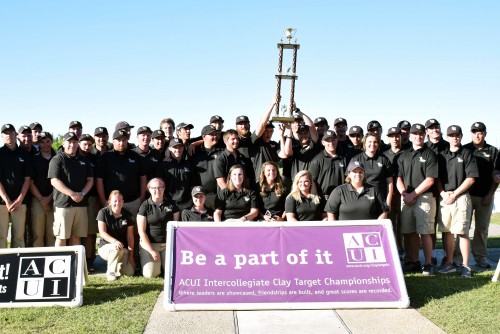 The Lions, who took part in the competition during their spring break, hit 2,262 out of 2,350 team targets. The team swept all of the team events, winning the 5 Stand, Sporting Clay, International Skeet, International Trap, American Trap, and Skeet team events.

The Shooting Team will host the inaugural Jeff Hansen Memorial Sporting Clays Classic on April 15 at Strathalbyn Farms in St. Charles, Mo. The event will include shotgun demonstrations and offer participants an opportunity to learn about safety prior to shooting at sporting clay targets. The afternoon will conclude with dinner and an auction, with all proceeds benefitting the Lindenwood Shotgun Sports Scholarship Fund.

If you wish to participate in the inaugural Jeff Hansen Memorial Sporting Clays Classic, RSVP by April 10 to Kassandra Schnell at kschnell@lindenwood.edu or (636) 949-4421.