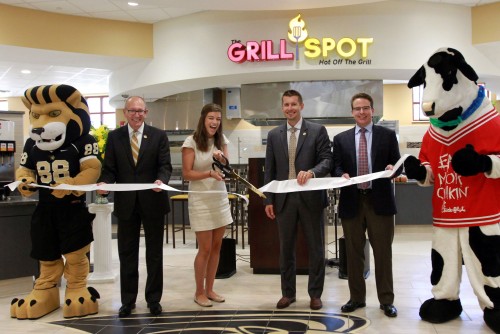 Over the summer, the university conducted a $4 million renovation at its dining halls in the Spellmann Center and the Evans Commons, as well as Matt’s Café at its Belleville, Ill., campus. The Spellmann location now includes national brands Chick-fil-A, Qdoba, and Caribou Coffee, as well as a new Lion’s Pride Market, where grab-and-go items and hospitality products are available.

Guffey said the changes are the institution’s response to a student survey conducted in the fall of 2015 in which quality dining was rated just as important as campus safety and as an essential part of college life. He said students consistently sought more variety in their options and the national brands being added were “what students asked for over and over again.”

In addition to the new vendors, the university has also added a selection of new meal plan options to provide students with more flexibility.