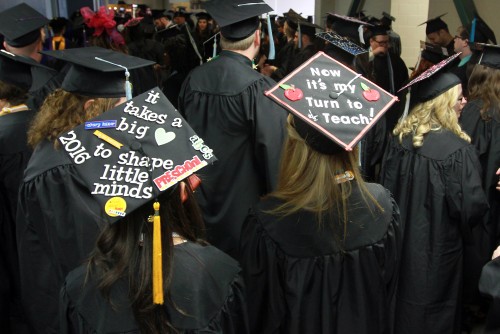 Lindenwood University has partnered with the Gallup organization on a three-year project to survey alumni and study graduate experiences and long-term outcomes as they pursue great jobs and great lives. The first web survey shows Lindenwood graduates are more likely than other college graduates to be working full-time for an employer and engaged on the job.

Gallup surveyed 889 adults who received bachelor’s degrees from the university between 2000 and 2015. The results of the survey, conducted Nov. 2 through Dec. 2, 2015, illustrate how many Lindenwood graduates have great jobs and great lives, said Michael D. Shonrock, president of the Lindenwood University system.

Shonrock said that Lindenwood’s partnership with the Gallup organization, which is unlike anything available in the St. Louis area, is a “tremendous opportunity to strengthen the value of a Lindenwood degree,” and to find ways in which the institution can continuously improve.

“We are focused on making sure our students and our alumni feel supported by the university,” Shonrock said. “The partnership with Gallup provides valuable information related to current and future operational, tactical, and strategic planning efforts.”

Seventy-four percent of Lindenwood alumni surveyed are working full-time for an employer, higher than college graduates nationally (70%) and graduates from other private institutions (69 percent).

Gallup’s research indicates that employees who are engaged at work are more loyal, more productive, and more profitable than those who are not engaged or are actively disengaged.

Gallup also examines areas such as well-being, and recent Lindenwood alumni have similar levels compared to their comparison groups. Lindenwood alumni from 2000 to 2015 are as likely to say they are satisfied with their lives today (87 percent). Satisfaction levels were similar for peers nationally (84 percent) and from other private institutions (85 percent).

Lindenwood showed room for improvement in a few areas, such as graduates’ emotional attachment to their alma mater as well as what Gallup refers to as the “Big Six” college experiences, which include mentorship, relationships with professors, internship experiences, extracurricular activities, and semester-long projects.

Work already has begun on a second-year study to focus specifically on alumni engagement, academic advising, and semester-long projects.

The complete Lindenwood University survey is available for download at https://felix.lindenwood.edu/forms/general/gallup.cfm