The fifth issue of The Confluence. A regional studies journal published by Lindenwood University Press.

This past summer and fall in Missouri were marked by much debate over the state's economic future and the potential role of trade with China. Part of this was a proposal to create an “aerotropolis” in St. Louis to facilitate this commerce with a country that is some 10,000 miles, including a very large ocean, away. Still, you have to give folks credit for thinking big as they seek to develop a vision for the future.

No one said that “visioning” was necessarily easy, or that prognosticators are often right. Sometimes visions are actions to plan for the future, sometimes they are loftier.

In many ways, this issue of the Confluence is about developing visions of the future. These articles come from an array of disciplines and periods, but chronicle attempts to figure out what the future could, should, or might look like. Perhaps the great visionary featured here is Uriah Logan Reavis, showcased in Drew VandeCreek's ""A New Order of Things': St. Louis, Chicago, and the Struggle for Western Commercial Supremacy." In this issue, you can read the words of the man who thought the United States capital ought to be moved from Washington, D.C., to a place more central in both geography and commerce-say, St. Louis. (By the way, Reavis wasn't the only one to have such lofty aspirations for the region; St. Louis and Missouri submitted a proposal to the United Nations at the end of World War II to have the UN located near Weldon Springs—a region with “so much America around it” and about halfway between the world's two great trouble spots of Japan and Germany.)

In a different vein, Jane Davis' "Contraband Camps in St. Louis: A Contested Path to Freedom" explores federal efforts to manage the waves of recently freed slaves pouring into Union army installations. These army officers at places like Benton Barracks in St. Louis were on the ground floor of figuring out the future of the freedmen in former slave states. Similarly, David Straight documents the development and construction of a new and expanded post office as part of a process of managing change as well. By the time this new facility was opened on the riverfront in the 1850s, St. Louis was growing rapidly—its population had doubled every decade from 1810 to 1840, then again by 1845—which required developing ideas about the future of needed services and infrastructure. Like their Union army counterparts, early postmasters like Archibald Gamble had to plan the future on the fly.

Anne Boxberger Flaherty examines a different kind of response-to-a-problem visioning in her article, "Gambling on the Economic Future of East St. Louis: The Casino Queen.” When the Casino Queen opened on the East St. Louis riverfront just south of the Eads Bridge, it was hailed as an economic godsend of sorts, creating jobs for people and revenue for an impoverished city government. Flaherty addresses the question of success—did the plan do what it was supposed to do?

Lastly, Quinta Scott's photo essay on Mississippi River wetlands invites readers to think in terms of the future of the Father of Waters. Through these compelling images and text, Scott examines the changes in the river borne of the work of humans, leading one to ponder the future of the waterway.

So, one wonders if the China hub proposal will be seen as a Reavis-like vision of pie in the sky, or the opportunity that got away, or a story of leaders trying to solve problems on the fly. Herein are examples of all of them. 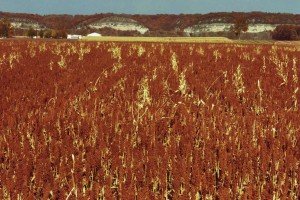 Above the American Bottom: The Bluffs and the Sinkhole Plain

In this photo essay, Quinta Scott examines the natural history of the Mississippi River wetland and the varied landscapes that comprise the American Bottom. 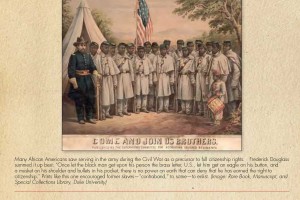 Contraband Camps in St. Louis: A Contested Path to Freedom

During the Civil War, Union Officers were sometimes inundated with form slaves, which the Union considered "contraband," and refused to return them to their owners. Jane Davis examines these contraband camps in St. Louis. 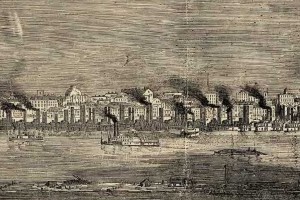 'A New Order of Things': St. Louis, Chicago, and the Struggle for Western Commercial Supremacy

St. Louis leadership during the Gilded Age was nothing if not confident, even suggesting that the nation's capital be moved to the St. Louis region. Drew VandeCreek offers some of the writings of these boosters. 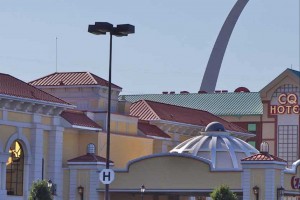 Gambling on the Economic Future of East St. Louis: The Casino Queen

When the Casino Queen opened on the riverfront at East St. Louis it was touted as a major contributor to the city's economy. Has it been so? 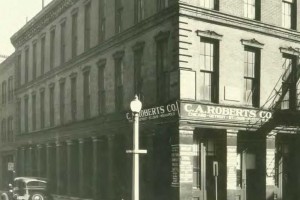 As the city of St. Louis burgeoned in the middle of the nineteenth century, services struggled to keep up. David Straight examines the challenges presented to mail delivery in 1851.