The ninth issue of The Confluence. A regional studies journal published by Lindenwood University Press.

In many ways, this issue is about how St. Louis relates to other places. It’s easy to lose track of the fact that St. Louis is part many larger contexts, since we’re situated in the middle of the country. When the City of St. Louis and the State of Missouri proposed the region as a home for the new United Nations, the proposal noted how secure it was since “there is so much of America around it.” But surrounded by lots of America or not, both our past and our present are informed by our interactions with other places.

John Posey and Mary Ricchio seek to place St. Louis into the context of American cities with their data from the Where We Stand report, published by the East-West Gateway Council of Governments. In it, they seek to identify some of the factors that make us who we are in terms of not just our own statistical descriptors, but how we stand in relation to other cities. Similarly, Mark Neels’ work on Edward Bates in the immediate aftermath of the Civil War looks at our relationship to other parts of the country as well. How do St. Louis politicians and political factions relate not only to one another, but to Radical Republicans, moderates, and Democrats elsewhere—both in the union and the former Confederacy?

But there is an international flavor to this issue as well. As a specialist in Chinese history—and especially Sino- European relations—Brian Arendt takes a different perspective on the Louisiana Purchase Exposition and China’s participation in it. For Arendt, it’s not about the world coming to see St. Louis and the Fair, but rather about the Chinese displays and pavilion as a culmination of policies and tensions between China and the United States. Chinese relations with the US were different than with the European powers, to an extent, and China’s very participation spoke to its efforts to forge a different relationship with its neighbors across the Pacific.

Victor Gilbertson’s letters offer a very different role of St. Louis on the world stage—that of observer. Gilbertson won a fellowship at Washington University to study church architecture in Europe . . . in the summer of 1939. While officials from the School of Architecture were wringing their hands in St. Louis as events unfolded in Europe, Gilbertson seemed remarkably focused on seeing the great architecture. The correspondence between the two, excerpted here along with his marvelous sketches, show an interesting juxtaposition between art and politics. 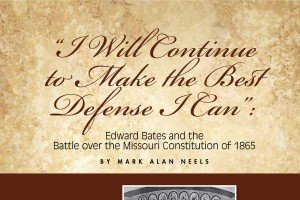 "I Will Continue to Make the Best Defense I Can:” Edward Bates and the Battle Over the Missouri Constitution of 1865."

Crafting a new constitution for Missouri was politically charged, with careers and reputations both made and broken in the battle. Central to it was Lincoln’s former Attorney General Edward Bates of Missouri. 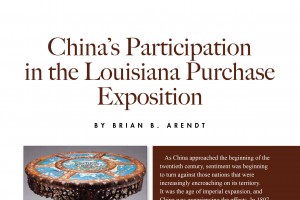 The Louisiana Purchase Exposition was a “world’s” fair in more ways than one. While it featured exhibits from regions around the globe, it was also embroiled in international politics between the United States and China shaped by American policy and European imperialism, as Brian Arendt demonstrates here. 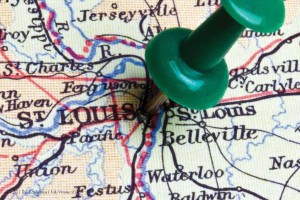 Where We Stand - The Competitiveness of the St. Louis Region

The East-West Gateway Council of Governments publishes its “Where We Stand” work that analyzes the place of the St. Louis region in the context of other cities. In this article, John Posey and Mary Ricchio interpret and analyze those standings. 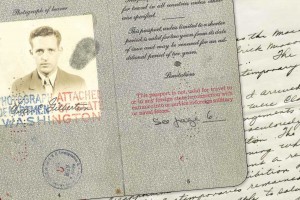 "Everything May Yet Turn Out All Right:" An Architect’s Adventures in 1939-40 Europe

When Washington University sent young architect Victor Gilbertson to Europe to study church architecture in 1939, officials knew a war was brewing. What they didn’t realize was that Gilbertson would end up in the middle of the start of a global conflict. His correspondence to and from St. Louis suggests the perils of a young architect.