Vol. 7, No. 1 - The Confluence - A regional studies journal published by Lindenwood University Press.

The articles in this issue of The Confluence reflect some of the diverse issues and questions facing our region. More importantly, these articles focus on interactions between people and their environment.

Both Theodore Cohen and Sarah Hinds are exploring what it means to be “Other” and the social constructs that accompany those definitions. Cohen asserts that notions of race in Mexico and the United States are very different, particularly for those of African descent. It was not unusual for African Americans visiting Mexico to note the different treatment and social view. Cohen uses Katherine Dunham’s performances in Mexico as a way of delving into those differences.

Sarah Hinds is looking at ideas about “Other” as well, only looking at both Americans and immigrants. She describes something of a matrix of views and conflicts—American and immigrant, Protestant and Catholic, native and Other. St. Louis had one of the largest Catholic populations in the United States in the early twentieth century, but it became both ethnically and religiously more diverse with rapid population growth in the decades after Missouri statehood. Tensions rose when Catholics from other places (especially Ireland) came with different views about faith and Catholicism. St. Louis was not alone in this, of course; violence broke out in Boston and Philadelphia. Hinds uses St. Louis as a case study for understanding how Catholics responded to this rising nativism and accusations that they were not even Christian.

In the second of her two-part series for The Confluence, Quinta Scott continues her examination of the environment of the region and our responses to it. By the 1930s, a growing conservation movement emerged in Missouri about natural resources and the landscape—and how to preserve and manage them. With thinkers such as Aldo Leopold influencing regional policymakers, the State of Missouri created a Conservation Commission to address the long-term care and maintenance of the natural world. 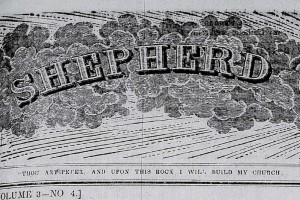 In Defense of the Faith: The Catholic Response to Anti-Catholicism in Early Nineteenth-Century St. Louis

One side effect of the Second Great Awakening was a rise in anti-Catholic sentiment, especially as new Catholic immigrants arrived in the 1840s. While much is written on this nativism, little examines the Church’s response. Sarah Hinds uses St. Louis as a case study for understanding the nature of antebellum nativism and the Church’s responses. 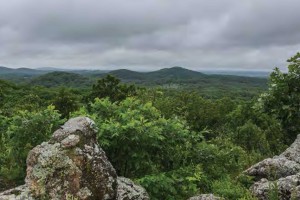 So Much to Learn: Understanding Missouri’s Landscape—The Early Years of the Missouri Conservation Commission

In this second article of a two-part series, Quinta Scott examines the impact of Aldo Leopold on the formation of the Missouri Conservation Commission and his role in shaping Missouri’s views on the landscape. 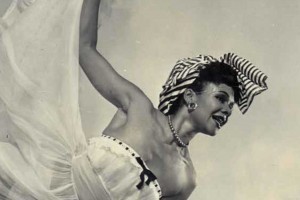 Katherine Dunham was an internationally recognized dancer, but her time in Mexico often gets short mention in biographies. Theodore Cohen looks at her Mexican years in the contexts of race in both Mexico and the United States.