Vol. 10, No. 1 - The Confluence - A regional studies journal published by Lindenwood University Press.

This is an issue about critical moments and turning points. A number of historians have devoted books to the idea that the big issues of an age can be accessed through a particular moment. For example, both Louis Masur’s wonderful 1831: The Year of Eclipse and Jay Winik’s far-reaching April 1865: The Month That Saved America suggest there are moments that expand into an entire era. Such is the case with our offerings in this issue.

August 2018 marked the 100th anniversary of Leonard Bernstein’s birth. Bernstein was something of a rock star in classical music as a composer and musician. He was the voice of the Young People’s Concerts at the New York Philharmonic that sought to introduce music appreciation to a new generation. He was flamboyant, gifted, and political. And he spent a critical time in St. Louis as the guest conductor at the St. Louis Symphony Orchestra in the mid-1940s. As Kenneth Winn discusses in “The Pin-Up Boy of the Symphony,” Bernstein’s time in St. Louis was something of a turning point. The St. Louis Symphony performed for the first recording of a Bernstein work, Jeremiah.

The same can be said for Christopher Gordon’s article based on research that was part of his new book Fire, Pestilence, and Death: St. Louis, 1849, analyzing this critical moment in St. Louis history. And it was a real turning point. After the steamboat White Cloud caught fire, blocks and blocks burned to the ground with all sorts of consequences—the evolution of a professionalized fire department, thinking about developing a sewer system under the destroyed streets, and new regulations about building materials. That summer, a cholera epidemic decimated the city, just after tens of thousands of Argonauts came through St. Louis en route to the gold fields in the California Gold Rush. Travelers’ guidebooks all told them to just purchase their supplies in St. Louis, so they did, creating economic havoc, high prices, and demand for goods like gold pans and floppy hats. As Gordon correctly asserts, 1849 was a critical year in St. Louis history.

Nicholas Sacco approaches another critical moment, when the United States was moving toward secession and war. Missouri was in flux in many ways; it was a slave state with a plantation culture in the Missouri River corridor, raising primarily tobacco and hemp. Yet, St. Louis’ population had grown in leaps and bounds in the decades preceding the Civil War; while the state’s population tripled between 1840 and 1860, that of St. Louis rose some five-fold. And those new St. Louisans came from all sorts of places, including Europe and northern states. With people so divided on the question, Sacco looks at the congressional election between John Richard Barret and Frank Blair and Barret’s efforts to stand as a candidate of compromise seeking to avert a civil war. Sacco’s article helps readers see the nuanced nature of the conflict.

The thing about critical moments is the idea that events could have gone differently, introducing a rash of “what if” questions. What if Bernstein doesn’t conduct for the St. Louis Symphony? What if the White Cloud doesn’t catch fire? What if the Civil War is averted? We’ll never know, of course, but these approaches are food for thought. 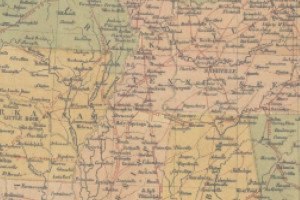 Searching for Compromise: Missouri Congressman John Richard Barret’s Fight to Save the Union

In the months leading to the Civil War, Missouri politics were turbulent. Some supported union, others not. John Richard Barret fought to keep Missouri and the state’s Democrats loyal to the union. 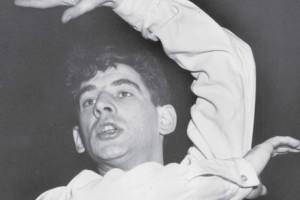 The Pin-Up Boy of the Symphony: St. Louis and the Rise of Leonard Bernstein

Much has been written about Leonard Bernstein to commemorate the 100th anniversary of his birth. St. Louis and the St. Louis Symphony Orchestra played a key role in Bernstein’s early career—including performing the first work by Bernstein to be recorded. 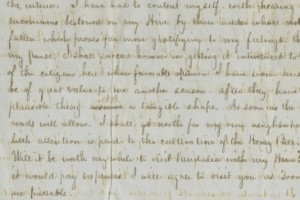 1849 was a seminal year in the history of St. Louis, as Christopher Gordon asserts in his new book, Fire, Pestilence, and Death: St. Louis, 1849—a devastating fire and cholera epidemic stood juxtaposed against a city growing at leaps and bounds and flooded by Argonauts seeking fortunes in the California gold fields. In this edited letter, which Gordon found while researching for his book, Edwin Hollister describes the burgeoning city.