The fourth issue of The Confluence. A regional studies journal published by Lindenwood University Press.

Soon after his “Civil War” first appeared on public television, Ken Burns was asked by an NPR reporter about accusations that his epic series had an interpretive bias. Burns said it was true, and that his general bias was that “the good guys won.” As an Ohio boy educated deep in the heart of Union country, I’d always taken much the same view; I moved to St. Louis from a place in northern Ohio where southern sympathizers in the Civil War, were thrown into the Ohio & Erie Canal (a chest-deep open sewer by the 1860s) until they renounced their “butternut” (that is, pro-Southern) views. Served them right, folks thought. That was the same county where abolitionist John Brown grew up and lived for awhile, where the Underground Railroad flourished, where a mob chased away bounty hunters trying to take an alleged former slave back to the South. We thought it was all pretty cut and dried.

In these parts, such is not the case. Sympathies for both sides run deep. The region had grown rapidly in the decades preceding the conflict with people from many places—northern industrial areas, southern plantation states, foreign countries—that carried divergent political views. Missouri represented a volatile political mix on the day Abraham Lincoln took office.

This Civil War issue of The Confluence looks at those differences and their legacies. Three articles examine the war’s religious impact. Sr. Carol Wildt recounts Price’s Raid through the eyes of a religious figure, and the responses of Confederates to them. Similarly, Miranda Rechtenwald and Sonja Rooney see the St. Louis wartime experience in “real time” as recorded by pro-Union Unitarian minister (and Washington University co-founder) William Greenleaf Eliot. Katherine Bava uses one St. Charles court case to delve into the divisions of not only nation and state, but the Presbyterian denomination as well.

Often, our impressions of war-related history focus on the war itself, but Thomas Curran writes of an unusual aspect of the Civil War, examining the experiences of pro-Confederate women accused of being spies in a St. Louis under Union control. David Straight looks at the impressions of the region by troops stationed at Benton Barracks during the war in their letters home. Patrick Burkhardt analyzes the sectional tensions that survived more than a half-century in his research into the controversy over constructing the Confederate memorial in Forest Park; old tensions died hard.

Herein lies the problem with the Civil War, and historical commemorations generally. People on both sides of the divide think their side and their ancestors were the good guys. Northerners saw fighting to end slavery as a noble cause, as we do; others look at their forebears as patriots fighting for what they thought was right and just. Thus, some are horrified by “secession balls” scheduled for this spring, while others are angered by judgmental Yankee historians. In the final analysis, commemorations are a tricky business, just as they were at the fiftieth anniversary of the war, with one side or the other offended or hurt or angry. Regardless of the side of your ancestors, we hope you enjoy this commemoration of the sesquicentennial of the Civil War 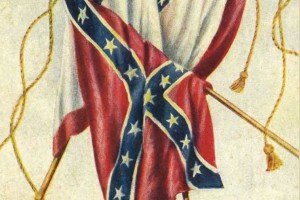 Soldiers in blue and gray weren’t the only ones fighting in the Civil War. Thomas Curran details the efforts of pro-Confederate women who worked as spies, and the efforts by the Union military to counter their activities. 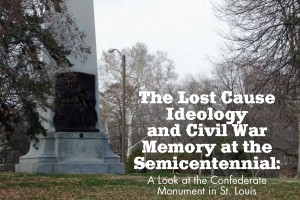 The Lost Cause Ideology and Civil War Memory at the Semicentennial: A Look at the Confederate Monument in St. Louis

A half-century after the end of the Civil War, sectional tensions still existed in St. Louis. Patrick Burkhardt suggests that the Lost Cause ideology was alive and well in St. Louis, as revealed by the argument over erecting a new Confederate monument in Forest Park. 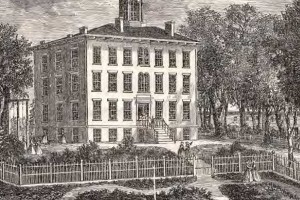 Conflict and Division within the Presbyterian Church

Like many Protestant denominations, the Presbyterian Church split over the “peculiar institution.” In St. Charles, Missouri, this division became particularly acute when it came to control of property. Katherine Bava examines a case file from the St. Charles Circuit Court that involves this division, the Loyalty Oath, and the Board of Trustees of Linden Wood Female College. 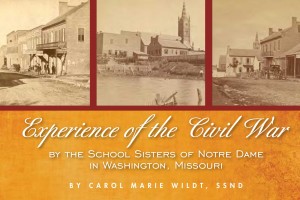 Experience of the Civil War by the School Sisters of Notre Dame in Washington, Missouri

This diary recounts an eyewitness account of “Price’s Raid” in 1864, and the experience of religious leaders who stayed behind when Unionists fled Washington, Missouri. 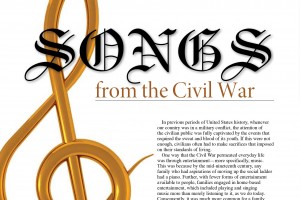 Songs from the Civil War

The Civil War created a groundswell of patriotic fervor on both sides. Here, Paul Huffman looks at a book of music from 1865 in the archives at Lindenwood University and what it says about Northern views of the war and its aftermath. 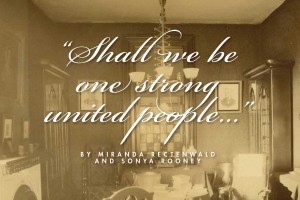 “Shall we be one strong united people…”

This selection of diary entries, letters, and sermons by Unitarian minister William Greenleaf Eliot offers insights into the thinking of pro-Union leaders in St. Louis who were also antislavery. 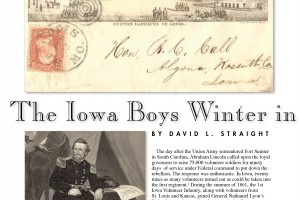 Letters from men at Benton Barracks in St. Louis offer unique insights into the minds of men involved in the Civil War. David Straight looks at these letters and their stationery.