The tenth issue of The Confluence. A regional studies journal published by Lindenwood University Press.

This occurred to me anew in a recent visit to Monticello, Thomas Jefferson’s home. It’s a striking place with a beautiful view that Jefferson loved. One historian has suggested that the home is the real biography of Jefferson. Perhaps, although I hope that my cluttered office and desk isn’t my parallel (although, I’m reminded of Albert Einstein’s observation on such matters—the assertion that a cluttered desk is a sign of a cluttered mind led Einstein to wonder what an empty desk suggested). But what about place?

This issue of The Confluence is also about place. B. J. McMahon’s article examines the contested nature of place in the region. How, McMahon asks, do people change their views about place as they see newcomers moving in and altering it, as did Native Americans in the early nineteenth century in St. Louis? And how did those newcomers, who were taking a greater sense of ownership, respond and see their new place?

This interchange in contested space and claiming it is also part of Bonnie Stepenoff’s article on vertical-log buildings in Ste. Genevieve. For transplants like me, log houses are supposed to be built with horizontal logs—you know, like log cabins and Lincoln Logs. But those cabins, and the vertical-log buildings in these parts, suggest that the built environment tells not just about this space, but also the spaces people came from. These different ways of creating vernacular structures in the United States hearken to earlier forms in Europe, telling us much about where people came from.

Adam Stroud’s interesting work on fraternal organizations deals with people—almost exclusively men—creating new social structures and relationships in the new social space created by industrial America. As they created fraternal organizations in the late nineteenth and early twentieth centuries, they also created places that were restricted to members of those organizations. Part of that sense of place included new gadgetry as well, including the organizational paraphernalia manufactured by DeMoulin Brothers in Greenville, Illinois.

Lastly, we are publishing Frederick Law Olmsted’s account of his visit to St. Louis in 1863. Olmsted is best known for his design of New York’s Central Park and his role in the creation of landscape architecture as a profession, but he also served as administrator for the United States Sanitary Commission early in the Civil War. That’s what brought him on a western tour that included St. Louis. His observations about St. Louis at the time of the war are fascinating. It didn’t seem like a very western place to him, a notion St. Louis leadership would have been pleased with, since an emerging generation of movers and shakers worked hard to make St. Louis a “modern” city rather than a frontier outpost. 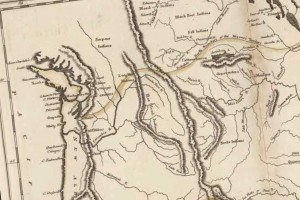 One aspect of western development—and of early Missouri territorial history—was figuring out how native peoples fit into visions of the West, as B. J. McMahon suggests. 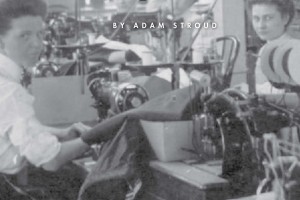 The expansion of fraternal and benevolent societies in the late nineteenth century also created a business opportunity to supply those lodges with the paraphernalia for rituals, including "side degree" products. DeMoulin Brothers in Greenville, Illinois, led the industry in fraternal products. 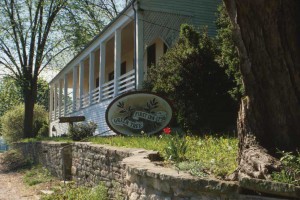 While we tend to think of the log cabin as the quintessential American frontier residential structure, there were other versions that came from different immigrant groups, including those created by master carpenters seen in Ste. Genevieve, Missouri. 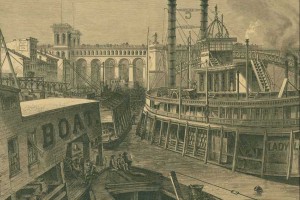 Just as he was becoming a noted planner and park designer, Frederick Law Olmsted spent more than two years as executive secretary of the United States Sanitary Commission to acquire supplies for Union troops and to raise money—which brought him into conflict with James Yeatman, head of the Western Sanitary Commission in St. Louis. In April 1863, Olmsted visited St. Louis; these were his impressions and observations.