Vol. 7, No. 2 - The Confluence - A regional studies journal published by Lindenwood University Press.

In October 2015, the History and Geography Department at Lindenwood University hosted a conference to commemorate the 200th anniversary of the treaties ending the War of 1812. Great Britain allied with a number of western tribes (since it had its hands full in Europe in the Napoleonic wars), so when Britain signed a peace accord with the United States in late 1814, the Americans had to reach peace agreements with Britain’s Native American allies as well.

James Monroe, who was Secretary of both War and State in March of 1815, appointed a three-member commission to sign those treaties. It was headed by former explorer William Clark, now Indian Agent and Governor of the Missouri Territory, who had perhaps the best relationship with those tribal leaders of any American official. Fur trader Auguste Chouteau and Illinois territorial governor Ninian Edwards completed the team. Clark summoned tribal leaders to a council that summer in Portage des Sioux, along the Mississippi River in present-day St. Charles County. Monroe told Clark that these treaties were strictly political, ending warfare but were separate from any commercial agreements; those would come later. By the end of the summer, Clark signed treaties with 11 different tribes; by the end of his career he had signed more treaties with tribes than any other American official in history. These treaties formed the legal foundation for later removal of tribes farther west.

At the conference, scholars from across the country gathered to hear and present papers on a wide array of topics surrounding the legacies of the Portage des Sioux treaties. Four of those papers with particular relevance to this region appear in this issue.

I would be remiss without thanking the faculty in the History and Geography Department for its hard work in organizing this conference, and especially Dr. Steven Gietschier for taking on the mantle of organizing it. The conference was filled with interesting and insightful papers, and was executed beautifully, thanks to the efforts of Dr. Gietschier and the department. 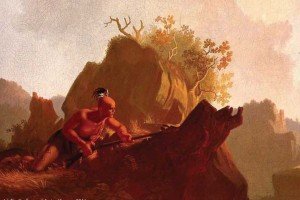 George Caleb Bingham was one of the few artists with a political career as well, serving in the Missouri legislature. In this article, Joan Stack interrogates a body of Bingham’s work in the context of the social and political atmosphere of antebellum Missouri. 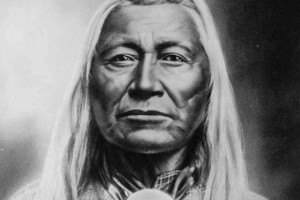 “Our women and children cry for food, and we have no food to give them”: The Environmental Dimensions of Eastern Shoshone Dispossession

The fur trade had a profound environmental impact on the West, Adam Hodge argues, as that impact was intentionally facilitated by the fur trade itself. 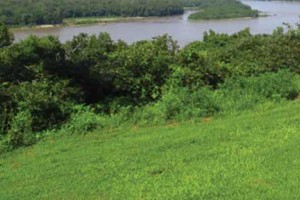 Consequences of Peaceful Actions: Political Decisions of the Illinois Indians, 1778–1832

By Gerald Rogers - A series of political decisions led to the decimation of the Native American population in Illinois during its territorial and early statehood periods leading up to the final removal of tribes after Black Hawk’s War. 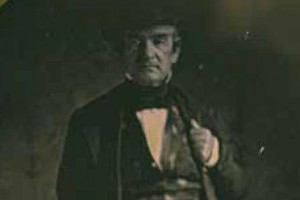 A New Era in Their History: Isaac McCoy’s Indian Canaan and the Baptist Triennial Convention

One aspect of efforts to “civilize” Native Americans involved the role of missionaries. In this essay, Daniel Williams investigates the role of the Baptists and their objectives in preaching to native tribes.