Vol. 9, No. 2 - The Confluence - A regional studies journal published by Lindenwood University Press.

It’s been some eight decades since the federal government cleared the Mississippi riverfront to make room for a westward expansion memorial, and more than five since the completed Gateway Arch stood on those grounds. Almost overnight, the Arch became a nationally recognized symbol and one of the most readily recognized works of public art in the United States. I see it from two perspectives—from the car driving by every day en route to campus, and from the riverfront bike trail that separates it from the Mississippi River. I never fail to marvel at it.

As you may know, the museum under the Arch closed for renovation and reopened in the summer of 2018. We’re so pleased and honored to be partners with the National Park Service and the Gateway Arch National Park staff to publish this series of articles that expand on some of the new exhibits. Bob Moore’s introduction gives a good sense of the extensive thinking that went into the shaping of the experience of visiting the museum. Other articles speak to the particular place. Jennifer Clark’s exploration of the process of selecting a design for the memorial—and choosing Saarinen’s Gateway Arch—suggests the rich variety of creative approaches that the committee had to choose from. Don Booth offers an interpretation of the material culture of a sort of snapshot in time of St. Louis. Underneath the Arch grounds sat a cistern that predates the 1849 fire, which held a treasure trove of artifacts documenting the everyday lives of people in St. Louis before mid-century.

Two other articles center on topics that will be new to many readers. Tom Farmer and Fred E. Woods focus on the Mormon migration in St. Louis and the number of Saints living in the city in the 1840s and 1850s. St. Louis was, of course, a rapidly growing city in those decades, and Mormons were part of its economic growth. Ironically, St. Louis was considered a “Mormon-friendly” city against the backdrop of efforts to forcibly chase the Saints from western Missouri in the 1830s, when they relocated to Nauvoo, Illinois. Jennifer Clark’s look at Titian Peale’s journey west and his artistic documentation of the trip takes us inside the mind of a largely forgotten nineteenth-century man of science. It was fairly common for government-supported expeditions like this one to take along artists to document the flora, fauna, people, and geography of these trips; Peale was among those. The Memorial owns a collection of Peale’s artifacts from the trip, featured here. And yes, he’s named for the sixteenth-century painter; his father, Charles Willson Peale, named all his children for noted artists—Rubens, Rembrandt, Titian, Angelica, and so forth.

It’s been a privilege and a joy to be partners with the Gateway Arch staff. We hope you enjoy these articles. 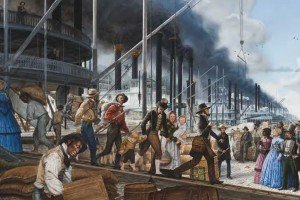 Re-Interpreting Westward Expansion on the Arch Grounds: Foreword and Overview of the Goals for the New Exhibit

More than a half a century after its opening, the museum beneath the Gateway Arch is completely new starting in the summer of 2018. Historian Bob Moore outlines the exhibits, content, and thinking that went into it. 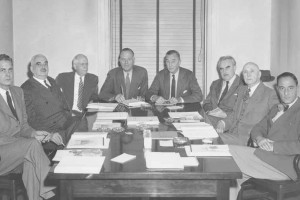 Eero Saarinen’s innovative design for the Gateway Arch has become a symbol of the city. Jennifer Clark explores the competition that led to the selection of the futuristic Gateway Arch. 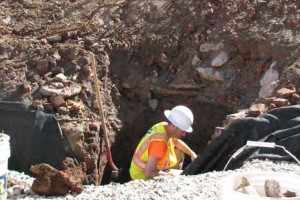 Archaeology at the Arch

Beneath the grounds of the Gateway Arch a cistern lay buried for a century and a half. Now, its contents have been excavated, adding to the story of early St. Louis. 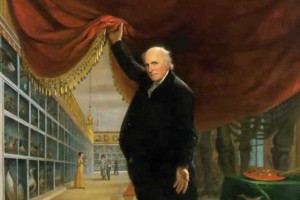 Titian Peale—son of the famous Charles Willson Peale and brother of noted artist Rembrandt Peale—was an ethnographer and artist in his own right. Stephen Long hired him as an artist and scientist to be part of the Yellowstone Expedition traveling from St. Louis in 1819. His paintings, artifacts, and words give a first-hand glimpse at the expedition and Peale’s role in it. 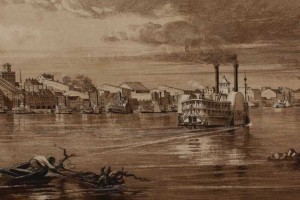 Sanctuary on the Mississippi: St. Louis as a Way Station for Mormon Emigration

In the decades before the Civil War, St. Louis was considered by The Church of Jesus Christ of Latter-day Saints to be the most Mormon friendly city outside Salt Lake City. Thomas Farmer and Fred Woods examine the ways Mormons used St. Louis as a way station to earn money and replenish resources, while at the same time contributing to its growth.