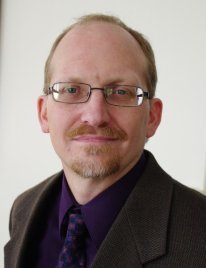 Dr. C. Dale Walton is Program Chair and Associate Professor of International Relations at Lindenwood, as well as a Senior Research Fellow with the John W. Hammond Institute for Free Enterprise.

Prior to coming to Lindenwood, he taught at the University of Reading (UK) and Missouri State University. Dr. Walton has published three monographs: Grand Strategy and the Presidency: Foreign Policy, War, and the American Role in the World (2012); Geopolitics and the Great Powers in the Twenty-first Century: Multipolarity and the Revolution in Strategic Perspective (2007); and The Myth of Inevitable U.S. Defeat in Vietnam (2002). He also is one of the co-authors of Understanding Modern Strategy, 2nd ed. (Cambridge University Press, 2016). In 2017, he was named Lindenwood Scholar of the Year. His academic interests include strategic theory and history, great power politics, and the future of American domestic governance and the US Constitutional Order.