Thank you for reaching out to Lindenwood's Advancement and Communications Office. We are delighted that you are interested in further information on leaving your legacy at Lindenwood. We will make every effort to respond to you in a timely manner. 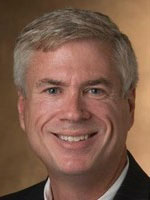 Jeff has served as the primary planned giving fundraiser at three universities in the St Louis area. He enjoys the interaction with donors that comes with specialized gifts of this nature. He has a background in financial planning and maintains his Certified Financial Planner (CFP) status, ensuring that he stays current with tax and estate law. Jeff is from Brentwood, Mo., and has lived most of his life in the St Louis area except for several years where his career took him to both coasts. Having been raised in a family of educators, his belief in education drives him to help students gain the financial resources necessary to be successful. 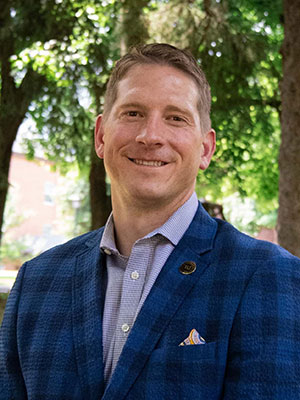 Brian joined the Lindenwood University Advancement and Communications team in September 2020. He is responsible for the management and oversight of all Lindenwood development and philanthropic efforts including marginal and major gifts, corporate and foundation gifts, planned gifts, and annual fund gifts. Before coming to St. Charles, he led major gift fundraising efforts at Central Michigan University, serving as the Associate Athletics Director/Senior Director for Development for Chippewa Athletics. During his four years with CMU, Brunner led the fundraising efforts to build the $32 million Chippewa Champions Center in the north end zone of Kelly/Shorts Stadium and helped lead the Chippewa Athletic Fund to two record-breaking fundraising years in 2018 and 2019.Prior to his time at CMU, Brunner spent two years at South Dakota State University where he directed the men’s and women’s golf programs, oversaw two record-breaking fundraising years for the Jackrabbit Club, and played a critical role in fundraising for the $32 million Sanford Jackrabbit Athletic Center and $65 million Dana J. Dykhouse Stadium. A native of Milwaukee, Wis., Brunner earned both a bachelor’s degree in Journalism and a master’s degree in public administration from Central Michigan University. During his time as an undergrad, Brunner was a quarterback on the CMU football team and named a captain in 2008. Following graduation, Brunner played professionally for the Schwaebisch Hall Unicorns of the German Football League. Brunner is an avid sports fan (especially the Lindenwood Lions) who enjoys reading, gardening and cooking. Brian and his wife Melanie reside in St. Charles with their son Brooks, daughter Reese, and cat Lenny. 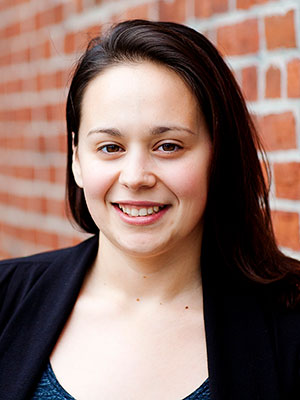 Renata joined the Lindenwood Advancement team in January 2021 as the Advancement Officer, charged with strengthening and growing the Lindenwood Annual Fund. Originally from Croatia, Renata has spent much of her life in St. Louis City, and recently moved back after several years exploring other parts of the country. Renata is a proud graduate of Simmons University, a women’s-centered institution in Boston, Mass., where she studied public health as an undergraduate. She represents her fellow alumnx on the Simmons College Alumnae/i Association’s Executive Board as the Director of Awards; she’s thrilled to get to celebrate the accomplishments of Simmons’ rich and diverse alumnx community in this way. In addition, she volunteers for several organizations focused on empowering women and girls, and is hoping to start a music program for women and folks with marginalized genders in the area. After being away for a while, she’s particularly excited for the chance to be reintroduced to the city and region, and all they have to offer. She brings a passion for social justice, building inclusive communities, and all things rescue-dog related. 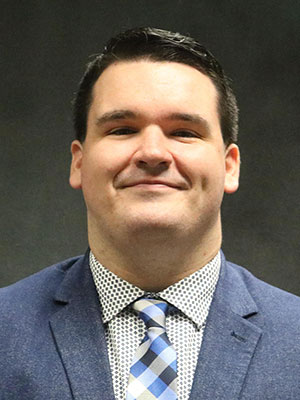 Pete comes to St. Charles after two years as the Assistant Director of the Ohio Bobcat Club (OBC), the fundraising arm of Ohio University Athletics. During his time with OBC, Pete assisted in the cultivation, solicitation, and stewardship of over 1,100 annual fund donors raising over $700,000 annually. He served as the primary contact for crowdfunding projects, oversaw operations of donor hospitality areas during game days, and relaunched Varsity OHIO, the Ohio Athletics alumni association. At Lindenwood, Pete serves as the liaison between Lindenwood Athletics and the Office of Advancement and Communications. Primary responsibilities include; cultivating and soliciting philanthropic support for Athletic Department and University priorities, implementing strategies for major and leadership annual fund gifts, and developing an annual fundraising program with a primary emphasis on increasing the number of annual donors and dollars raised for Lindenwood Athletics. Pete is a two-time graduate of Georgian Court University in Lakewood, N.J., earning his bachelor's degree in business administration with a concentration in sport management in 2015 and his master's of business administration in 2017. He was a track & field student-athlete as a hammer thrower. Currently, Pete is working toward a master’s of sport administration from Ohio University. A native of Baltimore, Md., Pete is an avid Orioles, Ravens, Capitals, and West Ham United fan. 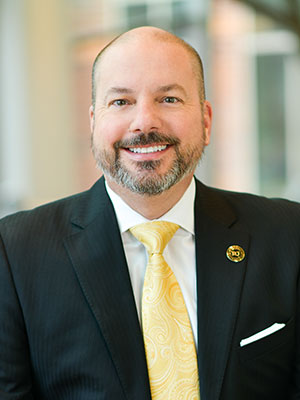 Josh supports the Advancement and Alumni Relations staff with research and analysis to ensure information for donors and friends is accurate and up to date. Additionally, Josh provides high-level support to Vice President of Advancement and Communications, Orrie Covert. Originally from Kansas City, Mo., Josh moved to St. Louis City with his wife, Samantha, and cat Domino in 2014. He completed his bachelor's degree at Missouri State University and recently completed a Master of Business Administration from Lindenwood. 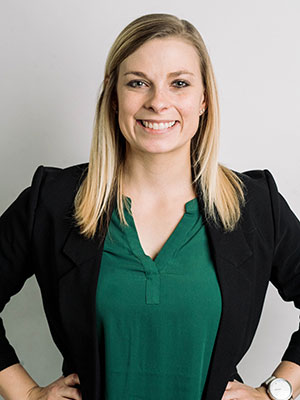 Rachael Heuermann serves as the Director of Alumni Relations. Her job includes all engagement opportunities for our alumni. Whether you want to attend an event or get re-connected with a classmate, Rachael is your go-to person. She attended DePaul University in Chicago and completed her master’s degree in the evening program at Lindenwood. While working at Washington University in St. Louis and pursuing her master’s, she was approached about a job at Lindenwood and decided to make the switch. She joined the Lindenwood community and worked in student involvement for more than a year, where she oversaw leadership development opportunities for students, commuter programs, large-scale events, and was the student government advisor. She transitioned to the Director of Alumni Relations in December 2019. Rachael’s favorite part of her job is meeting the alumni and hearing their Lindenwood stories. When Rachael isn’t working, you can find her on adventures with her two dogs and husband, Devinn. She enjoys weightlifting, boxing, hiking, SUP, and considers herself a big foodie. 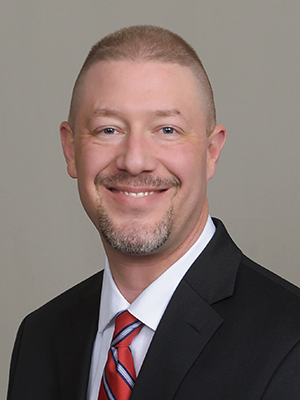 Scott brings more than 15 years of fundraising experience, nearly all of it in the greater St. Louis area, to Lindenwood University.  He has helped raise money for some of the area’s most impactful charities, including the United Way of Greater St. Louis, the American Cancer Society, and the American Youth Foundation. Active in the community, Scott sits on several boards, including the St. Charles YMCA and the Citizens with Disabilities Advisory Board for the city of St. Charles.  When he is not busy with his three daughters and their numerous activities, you can find Scott on the golf course or cheering on the Kansas City Chiefs – cheering on the Cardinals and the Blues are a given!  Scott is very active with his undergrad alma mater, the University of Central Arkansas, and is a life member of its Alumni Association. He and his wife Katie live in St. Charles and continue to make education a top priority for their family and their community. 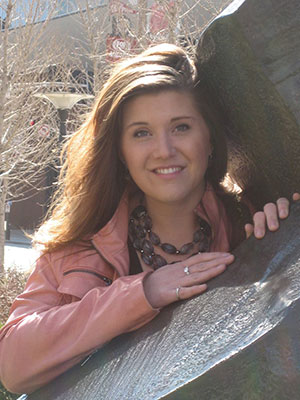 Emily combines her attention to detail with her drive for excellence to craft original events. Emily began her career in the casino gaming and entertainment industry. She spent 10 years honing her skills as an event planner. Emily received the Team Member of the Year Award for Innovation while working at River City for her constant improvement of policies and procedures. Emily joined the Lindenwood University family in October 2019. She works to ensure that Lindenwood University events are enjoyable and engaging for the entire community. Emily lives in South St. Louis with her loving husband and two furry children. She spends her spare time with family and enjoys crafting when she can.

Emily combines her attention to detail with her drive for excellence to craft original events. Emily began her career in the casino gaming and entertainment industry. She spent 10 years honing her skills as an event planner. Emily received the Team Member of the Year Award for Innovation while working at River City for her constant improvement of policies and procedures. Emily joined the Lindenwood University family in October 2019. She works to ensure that Lindenwood University events are enjoyable and engaging for the entire community. Emily lives in South St. Louis with her loving husband and two furry children. She spends her spare time with family and enjoys crafting when she can. 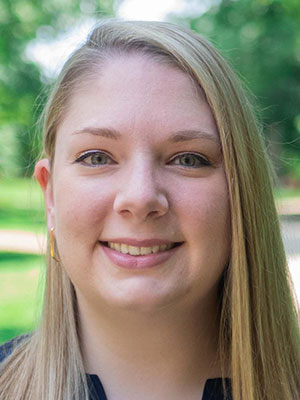 Cassie has been a member of the Advancement team for two years as the Database and Stewardship Coordinator. She’s born and raised right here in St. Charles, Mo. Cassie manages all constituent and donation information in the fundraising management software, Raiser’s Edge. Cassie has five years of experience with Raiser’s Edge and earned her Blackbaud Certification in Raiser’s Edge and Raiser’s Edge NXT; she lives by the saying, “clean data in, clean data out.” She’s earned her master’s in Non-Profit Administration from Lindenwood University and her bachelor’s in Criminology and Sociology from Missouri State University. Cassie worked 10 years in the non-profit sector before making the switch to higher education and becoming a part of the Lindenwood family. When Cassie is not at work, she enjoys trips to the mountains and hiking with her husband.

Charitable Solicitation Disclosures
List of States in Which Registered