The Day of Dialogue is a virtual campus-wide event where students, faculty, and staff can examine their individual and institutional role in building a shared community. This day is dedicated to supporting the educational mission statement of the University by providing a space outside of the classroom to support academic and intellectual inquiry.

The planning committee encourages faculty to integrate the Day of Dialogue offerings into their curriculum and invites student participation as an extension of their classrooms.

Faculty, staff, students, alumni, and the general public are invited to participate. Registration for the event is free, and available through the Lindenwood Learning Academy. 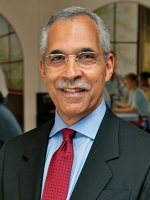 Dr. Claude M. Steele is an American social psychologist and a Professor of Psychology at Stanford University. He is best known for his work on stereotype threat and its application to minority student academic performance. His earlier work dealt with research on the self (e.g., self-image, self-affirmation) as well as the role of self-regulation in addictive behaviors. In 2010, he released his book, Whistling Vivaldi, and Other Clues to How Stereotypes Affect Us, summarizing years of research on stereotype threat and the underperformance of minority students in higher education.

Drawing on stereotype threat and social identity threat research, Dr. Steele’s talk will address the why, what, and how of diverse learning communities: why they are important, a working hypothesis about what is critical to their success and what research reveals about how to achieve that success. The talk’s practical aim is to identify features of diverse learning communities — schools, universities, and academic disciplines — that while good for all students, are especially helpful for minority students and for women in STEM fields. The talk will also explore the psychological significance of community and its role in learning. Dr. Claude Steele’s invitation to deliver the keynote address follows the work of Dr. Stephanie Afful and the professional learning community she organized as a Lindenwood Learning Academy Employee Fellow during the 2018-19 academic school year. Dr. Afful’s fellowship focused primarily on diversity, equity, and inclusion and used Whistling Vivaldi as its central text.

Dr. Claude Steele currently serves as the Chair of the Russell Sage Foundation Board of Directors and serves on the board of the John D. and Catherine T. MacArthur Foundation and on the board of Scripps College. Professor Steele is a Fellow for both the American Institutes for Research and the American Academy of Political and Social Science, and serves on the Advisory Council of the MIT Media Lab. He has served in several major academic leadership positions as the Executive Vice Chancellor and Provost at UC Berkeley, the I. James Quillen Dean for the School of Education at Stanford University, and as the 21st Provost of Columbia University. Past roles also include serving as the President of the Society for Personality and Social Psychology, as the President of the Western Psychological Association, and as a member of the Board of Directors of the American Psychological Society. 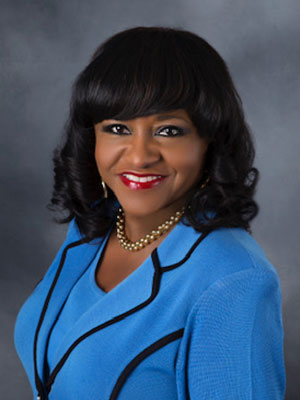 Emily brings over 35 years of corporate experience. She has experience developing and influencing leadership teams at all levels, understanding the importance of having a growth mindset, and how to leverage emotional intelligence to develop meaningful relationships. Emily has a deep understanding and passion for ensuring organizations recognize and optimize human capital to achieve business objectives, while maintaining an inclusive approach.

In 2013, Diversity Woman’s Magazine named Emily one of 50 Diversity Champions. In 2014, Savoy Magazine named her one of the Top Influential Women in Corporate America, and The St. Louis Business Journal named her to its list of 25 Most Influential Business Women. Emily received a Lifetime Achievement Award from the St Louis Urban League, signed by Former President Obama. In 2018, she received the YWCA Women’s Corporate Leadership Award.

Emily serves on the boards of the Boys and Girls Club of Greater St. Louis, the St. Louis Urban League. She served as Chair of the diversity committee of the National Securities Industry and Financial Markets Association (SIFMA). She sits on the Drury University Board of trustees, and the St. Louis Alzheimer's Association Board. Emily is also a member of the Executive Leadership Council.

Emily’s current client work as an entrepreneur is focused on leadership development and coaching, Diversity Equity and Inclusion (DEI) initiatives such as Courageous Conversations and is often sought after for keynote speaking engagements.

The Day of Dialogue is a virtual event open to all members of the campus community, alumni, and the public. To register, please visit the Lindenwood Learning Academy.

The Day of Dialogue is an initiative of the Diversity, Equity, and Inclusion (DEI) Task Force. The DEI Task Force would like to acknowledge those individuals who were instrumental in the process of bringing the event together. Thank you to those who have generously contributed their time and efforts in the planning of this event. We sincerely appreciate your support in building a more equitable and inclusive Lindenwood community.

Student Life and Diversity
Jennifer Spellazza, Coordinator for the Center for Diversity and Inclusion

Terry Whittum and the Department of Enrollment Management and Student Engagement

Center for Diversity and Inclusion