Vol. 8, No. 1 - The Confluence - A regional studies journal published by Lindenwood University Press.

In an age of instant information, ’round-the-clock news cycles, and fast travel, it’s easy to lose track of how our sense of time has changed. It’s happened fairly quickly; my mother was born the same year Charles Lindbergh crossed the Atlantic, and she saw us fly across the continent, for example, in a matter of just a few hours—all in the matter of just one lifetime. I bring this up because the articles in this issue deal with our sense of time and place, and the time getting from one place to another.

Consider William Clark, the subject of our first article. Clark was the ninth of ten children when he was born in 1770; his two brothers served in a Continental Army that moved troops and materiel in a similar way to Julius Caesar, on wheeled or floating vessels pulled by animals or people, riding large animals, or on foot. When he and the Corps of Discovery left Camp DuBois in May 1804, their travel technology was ancient—a keelboat with a sail and oars, some smaller boats, and horses. Yet by the time of the article in this issue just a generation later, steamboats dominated the Mississippi and Missouri rivers. Troops traveled north to intercept Black Hawk and his followers in a matter of days thanks to steam power rather than having to tow vessels against the current upriver. In a little over a decade, Clark had to reconsider and adjust his entire view of time and place—and his relationship to it. And it shaped national events.

In a similar way, Joy Poole’s excerpts of Dr. Rowland Willard’s writings on his journey along the Santa Fe Trail and time in the southwest expand notions of the nation itself. When the Trail opened, it completely altered the relationship between the new state of Missouri and the trade in northwestern Mexico centered in Santa Fe. The commercial implications were profound, as the trade between Missouri towns along the river and Santa Fe burgeoned from St. Louis to Westport (the future Kansas City). Willard’s impressions give a valuable insight into the changing contours of both place and economy.

Quinta Scott offers a different perspective on the land and our relationship to it, focusing on the natural world in the late twentieth and early twenty-first centuries. Instead of seeing the natural world as a series of commodities to be used and exploited, Scott traces the notion of landscape and view as a sort of commodity in and of itself as a place we preserve for people to use, enjoy, and rejuvenate.

Imagine how profound the changes were that Clark and Willard witnessed, and those suggested by Scott’s work. In an age of rapid change, these articles suggest the need to understand the power of change in our perceptions of time and place. 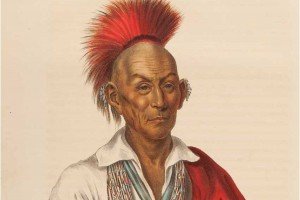 William Clark, Black Hawk, and the Militarization of Indian Removal

By Jeffrey Smith - What became known as Black Hawk’s War pointed to the problems with treaties signed between the United States government and native tribes. Misunderstandings, cultural differences, and changing demands for land contributed to Indian removal, which erupted into warfare between the Sauk and Fox tribes and the United States Army. Former explorer William Clark was in the center of it. 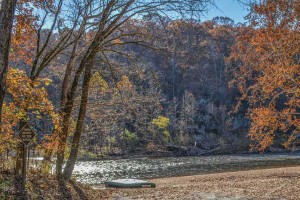 So Much to Learn: The Ozark National Scenic Riverways and Its Karst Landscape 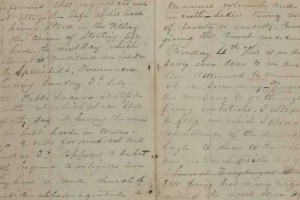 Over the Santa Fe Trail to Mexico: The Diaries and Autobiography of Dr. Rowland Willard, 1825–1828

By Joy Poole - Rowland Willard’s journey to Mexico is more than a travel account. He gives us insights into the nature of medicine, the ways people interacted with the land, and the nature of a new emerging blended culture of Americans, Mexicans, and native peoples in what became the American southwest.