The second issue of The Confluence. A regional studies journal published by Lindenwood University Press.

This summer will mark the 200th anniversary of the birth of one of America’s best-known figures: Phineas Taylor Barnum (1810-1892). Born in Bethel, Connecticut, he was at various times a Jacksonian newspaper editor, traveling show operator, owner of Barnum’s American Museum in New York, promoter of Jenny Lind (“the Swedish Nightingale”) and the diminutive General Tom Thumb, local politician, temperance lecturer (and recovering alcoholic), proprietor of circuses, and unashamed creator of “The Great Show on Earth.” It was a breathless life.

It’s easy to dismiss Barnum as little more than a showman (a title he held with pride) notorious for bogus acts, flummery, gross exaggeration, and preposterous claims. Barnum is, after all, the man who brought us the Feegee Mermaid and centenarian slave Joice Heth (alleged nursemaid to a young George Washington—in the 1730s), bearded ladies, and dog-faced boys. But there’s much more to Barnum than meets the eye. He is an emblem of the nineteenth century in many ways. He ranked among the great business innovators, marketing geniuses, philanthropists, lecturers, and even writers. In the end, Barnum is also an admirable figure.

P. T. Barnum was more than the windbag we think of. Barnum was profoundly interested in the exchange of ideas. His museum in New York, which made him a household name before ever entering the circus business, offered artifacts reflecting his interest in archeology, politics, art, ethnography, anthropology, and history. He sponsored the expedition to capture—and then display—the first live beluga whales ever seen. He brought the first live hippopotamus to America and purchased Jumbo the elephant from the London Zoo. He attended salons in New York and filled his theater with lecturers. He wrote prolifically about everything from animal species to Universalism to temperance to democracy.

But Barnum is also an inspiration for this publication. We are also in the business of connecting ideas and people. Like Barnum, we want to start those conversations in and about the region— conversations between disciplines and people, academic and popular, east and west, town and gown. The articles in our pages are, we hope, the start of the great conversation that creates a new mix of thinking and ideas. We hope they provoke conversations at the proverbial dinner tables and water coolers. You may agree or not, pursue the topic further, look something up, or merely say “who knew?”, but we hope we stimulate what Agatha Christie’s Poirot called “the little grey cells.” It is, after all, what liberal arts universities are supposed to do.

Oh, and one last thing. Barnum is the one credited for saying, “There’s a sucker born every minute.” Barnum’s leading biographer says that he almost certainly didn’t say it. It is out of character, I think. Barnum had a great faith in people and the American mind. He figured that when Americans came to see either one of his legitimate shows or his “humbugs,” they would try to figure out how he did it. People who attended his museum were, he thought, innately curious, so he featured animals and new machines and skeletons. He held a Jacksonian belief in the basic ability of people themselves. Like this journal, he was dedicated to the notion that we are truly inquiring minds, and really do want to know. 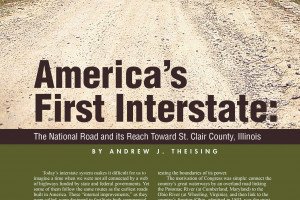 The National Road was to span from Maryland to the Mississippi River, but never made it—in part due to a political battle over the location of the new Illinois state capital in the 1830s. 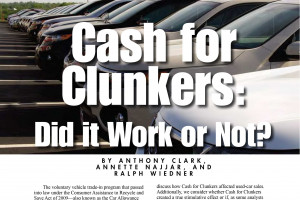 Cash for Clunkers: Did It Work or Not?

The Consumer Assistance to Recycle and Save Act of 2009 (CARS) was supposed to stimulate the American economy with incentives to trade in old gas-guzzling cars for new, more efficient ones. Three economists examine the impact of this program that came to be called “Cash for Clunkers” on the St. Charles County, Missouri, economy. 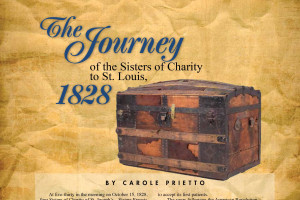 The Journey of the Sisters of Charity to St. Louis, 1828

In 1828, four Sisters of Charity left Maryland to establish a new mission in the frontier city of St. Louis. For the first time, herein is the diary of one of the travelers in this remarkable and dangerous journey. 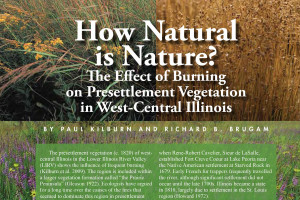 How Natural is Nature? The Effect of Burning on Presettlement Vegetation in West-Central Illinois

When the first Euroamericans arrived in North America, they thought they were seeing a “wilderness,” unaltered by human hands. However, they were actually seeing highly managed environments. Kilburn and Brugam examine the impact of the burning of forests and prairies by Native Americans on the plant species in west-central Illinois. 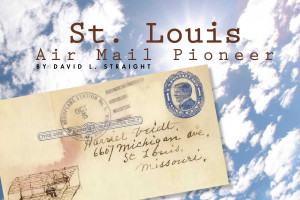 In the decades after the Wright Brothers launched their first plane at Kitty Hawk, St. Louis was an aviation hub. Within a decade after that flight, the first airmail left Kinloch Fielin St. Louis, with people sending what they knew were historic letters.