Vol. 6, No. 2 - The Confluence - A regional studies journal published by Lindenwood University Press.

This issue of The Confluence is about turning points—those moments that represent a critical change. In some cases, these are stories of capturing the moment when decisions and actions transformed the region, while others are harbingers of change; they are emblematic of broader changes nationally that played out in St. Louis. Three of these articles point to sweeping changes in the American West. Andrew Cooperman details the activities of George Rogers Clark and others in the Illinois Country during the American War of Independence culminating with the Battle of Fort San Carlos in St. Louis, suggesting that the victory in this region precluded the British from holding the Mississippi River valley, possibly shaping political realities of the region after the war.

Two more focus on the \ role of St. Louis in America’s Manifest Destiny. Daniel Gonzales describes the critical role of the cavalry at Jefferson Barracks as a key tool in American expansion into the western frontier between the Barracks’ founding and the end of the nineteenth century. Washington Irving’s account of his brief visit to St. Louis in 1832 points to this expansion as well. He lunched with noted explorer and Indian Commissioner William Clark at his country home, and pointedly asked him about York, the slave Clark took with him to the Pacific as part of the Corps of Discovery. One cannot help but wonder what Clark thought, being challenged about the status of York while surrounded by slaves serving the meal and catering to his visitor’s needs. It is, therefore, the only account we have of what Clark thought happened to this fellow explorer. Irving also saw the defeated Black Hawk in prison at Jefferson Barracks, who had defiantly resisted American expansion onto Sauk and Fox land in northwestern Illinois. Black Hawk was exhibited to visitors like a zoo animal while at the Barracks, then sent to Fortress Monroe and toured around eastern cities to convince him that resistance to American expansion was pointless. In the first of two articles, Quinta Scott examines the natural world of the region and birth of conservation in Missouri. This beautifully illustrated article traces the thinking behind efforts to see the natural world as something worthy of preservation and protection.

Finally, Sarah Siegel’s compelling research focuses on a critical period in St. Louis history in the late 1940s and early 1950s and the integration of schools. She examines sources that have received scant attention on the integration of Catholic schools and, in the aftermath of the ruling in 1954, St. Louis Public Schools. By focusing the latter on Jewish students and families at Soldan High School, she offers a unique comparative perspective on this key period. Her paper is the recipient of the Tatom Award, which is given by the St. Louis Metropolitan Research Exchange for the best student paper on a St. Louis topic.

These are compelling articles on timely topics. We hope you enjoy them. 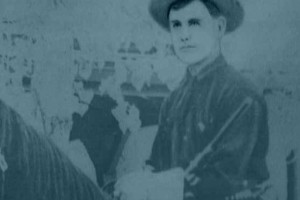 Courageous and Faithful: The Calvary at Jefferson Barracks, 1833-1898

Daniel Gonzales examines the U.S. Calvary and its origins at Jefferson Barracks, and suggests that its location and work in the nineteenth century placed it at the center of westward expansion. 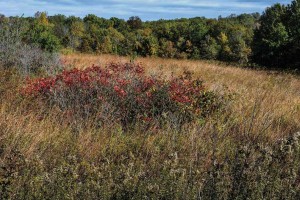 The Missouri Conservation Commission: Part I: The Need For It and the Constitutional Amendment That Established It

In this first of two lavishly illustrated articles, Quinta Scott traces the evolution of thinking in Missouri that led to the creation of the state Conservation Commission and the influence of Aldo Leopold and Nash Buckingham. 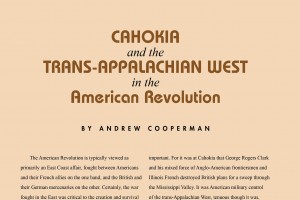 Cahokia and the Trans-Appalachian West in the American Revolution

The Battle of Fort San Carlos in 1780 was of great importance in the Revolutionary War. Andrew Cooperman argues that a force of Americans and Illinois French Creoles foiled British plans to sweep through the Mississippi Valley. 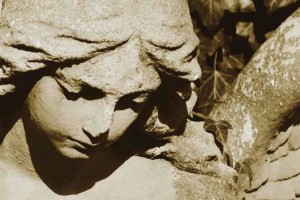 When St. Louis schools were desegregated starting with Catholic schools in 1947 and St. Louis public schools after the Brown v. Topeka Board of Education decision, not everyone supported the changes. Sarah Siegel compares the responses to desegregation by Catholics and Jews in the city’s west end. 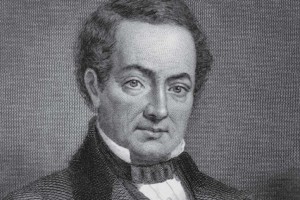 As part of a broader expedition, writer Washington Irving—whose famous works include “The Legend of Sleepy Hollow” and “Rip van Winkle”—visited St. Louis in 1832. He had lunch with explorer and former territorial governor William Clark and saw Black Hawk imprisoned at Jefferson Barracks. Here is his account.