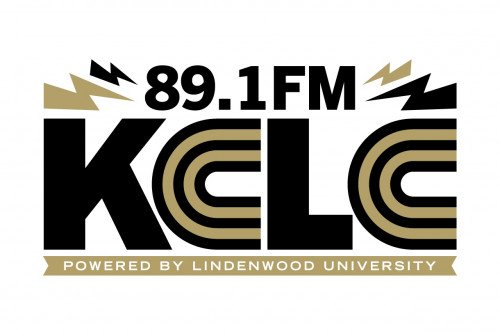 Since 2000, the KCLC radio station name has been “89.1 The Wood” and has served the station well for the last two decades. Over the summer, the decision was made to drop “The Wood” and change the station’s name to “89.1 KCLC”.

As KCLC continues to evolve into a more public-facing radio station by hosting contests, giveaways, concerts, and remote broadcasts as well as establishing venue partnerships, a change in branding felt necessary.

“One day the realization came that we really weren’t the old “Wood” anymore. We had grown and matured,” General Manager of KCLC Radio Chad Briesacher said. “We have exciting plans to become involved in the local music scene. Change led to the rebrand rather than the other way around.”

“With all of the public expansion and involvement in local music, we have a new attitude and what better way to show our new attitude than with a new slogan,” Briesacher said.

Along with the new name, the rebrand also included a new logo, URL address, website, and on-air imaging such as drops, promos, and tag lines.

“I’m excited for this new frontier in the history of KCLC. Our goal is to be St. Louis’ home for music lovers. We are the only place where you hear the artists that play venues like Off Broadway, Delmar Hall, or Old Rock House,” Briesacher shared. “We are prepared to become to be the only station in St. Louis that give meaningful spins to local bands. We are going to be a powerhouse in local music for years to come.”

Since 1948, KCLC has served as a training ground for tomorrow’s broadcasters. The station is unique in that it has a city grade signal, reaches nearly 2.3 million people, operates in a major media market, reports to the national airplay charts, and is staffed almost entirely by students.

The KCLC Broadcast Center features two on-air radio stations, two voiceover studios, a practice radio station, and the digital content labs; a four-seat audio podcast studio, and a live-stream studio with a three-camera setup. The video lab is a green screen equipped studio, with HD cameras, and professional lighting which allows students to stream to major platforms or record content for future editing.

Any interested Lindenwood student is welcome to get involved with KCLC. Having a station of this caliber on campus and allowing students to be highly involved provides students with hands-on Real Experience learning opportunities to expand their skillsets and knowledge.

The station format is Adult Album Alternative and features cutting edge artists that are playing club venues alongside major alternative artists and classic rock. 89.1 KCLC is a beautiful blend for music lovers. Listen now on KCLCRadio.com or 89.1 FM radio.