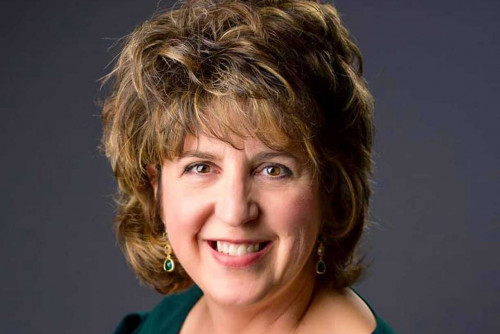 Dr. Julie Turner, a Professor and Department Chair in the Non-profit Administration program, recently received the Women’s Leadership Award from the Athena Leadership Foundation. This Saint Charles-based foundation was founded in 1987 and “exists to support the development of women in leadership roles.” Their website states that their mission was “inspired by the goddess of Greek mythology, [Athena], known for her strength, courage, wisdom, and enlightenment.” The Leadership Award is given to a woman who “has achieved the highest level of professional excellence, contribute time and energy to improve the quality of life for others in the community; and actively assist others, particularly women, in realizing their full leadership potential.”

Dr. Turner was nominated for the award by “a few community leaders,” and the nomination includes “a thorough letter of support with evidence of leadership impact.” This means that the women of Athena viewed Dr. Turner as the most-worthy for this award, which is an amazing accomplishment. She humbly reflects on her achievement, saying, “Prior recipients represent some of the most impactful women I have ever met. It is truly an honor to be in their company and to think I might be worthy of what this recognition stands for.”

The Lindenwood community has been very supportive of Dr. Turner as a female professor, and she notes that “as a female professional, [she] feel[s] valued and respected at LU. As a mother, [she] feel[s] that the university has created...a culture that is family-friendly and work that makes [her] proud, and doing work that feels purposeful to [her] makes [her] a better parent and a better community contributor.” The university is proud to support such strong female leaders like Dr. Turner.

In order to be a good leader, Dr. Turner believes that “the ability to serve...is essential,” as well as not being “afraid to speak up for those often left behind or left out.” A leader must also “behave with integrity and be intentional about excellence in all areas of [their] life.” Other people trust those, like Dr. Turner, who gracefully do each of these things, which is what makes her a wonderful leader and why the Athena Leadership Foundation honored her with the Women’s Leadership Award.