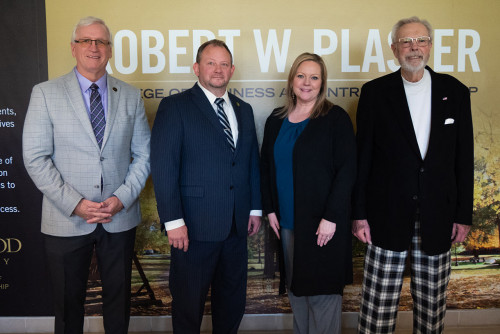 Hammond’s generosity led to the inception of The Hammond Institute for Free Enterprise in 2012. The institute’s mission is to foster free enterprise and civil and religious liberty through the examination of market-oriented approaches to economic and social issues. Hammond’s commitment to this mission, and to Lindenwood University, was recognized at the event. And, it was announced that after more than 30 years, Hammond has decided to retire from the Lindenwood University Board of Trustees. “Mr. Hammond’s dedication to Lindenwood, his community, and future business leaders is embodied in this institute that bears his name,” Porter said. 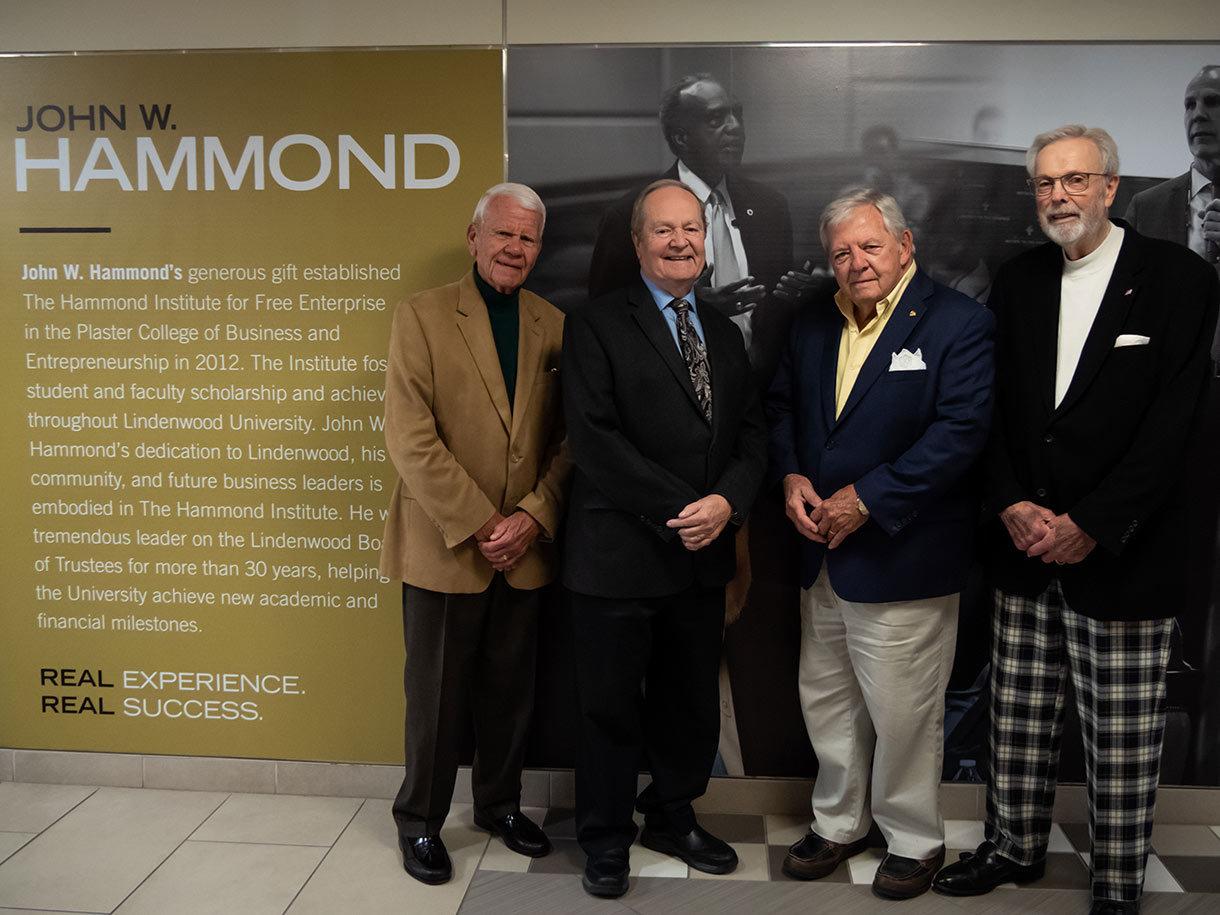 A native of southwest Missouri, Robert W. Plaster exhibited and entrepreneurial mindset from an early age. Driven by his belief that “Can’t Never Could”, Plaster went on to establish more than 500 individual corporations across multiple industries. In 1983, the Robert W. Plaster Foundation was established with the primary goal of helping academic institutions provide affordable college education to ambitious young students with limited means. Lindenwood University was the gracious recipient of support from the foundation and was honored to be joined by Executive Director, Jason Hannasch.

Hannasch recognized the incredible work of the foundation and its proud relationship with Lindenwood University. “This college, the Robert W. Plaster College of Business and Entrepreneurship, is one of many results his foundation has helped to ensure Robert W. Plaster’s legacy, and to share about his belief in the free enterprise system,” Hannasch said. In addition, Hannasch shared the increased scope and reach of the foundation, with broadening support for institutions of higher learning. 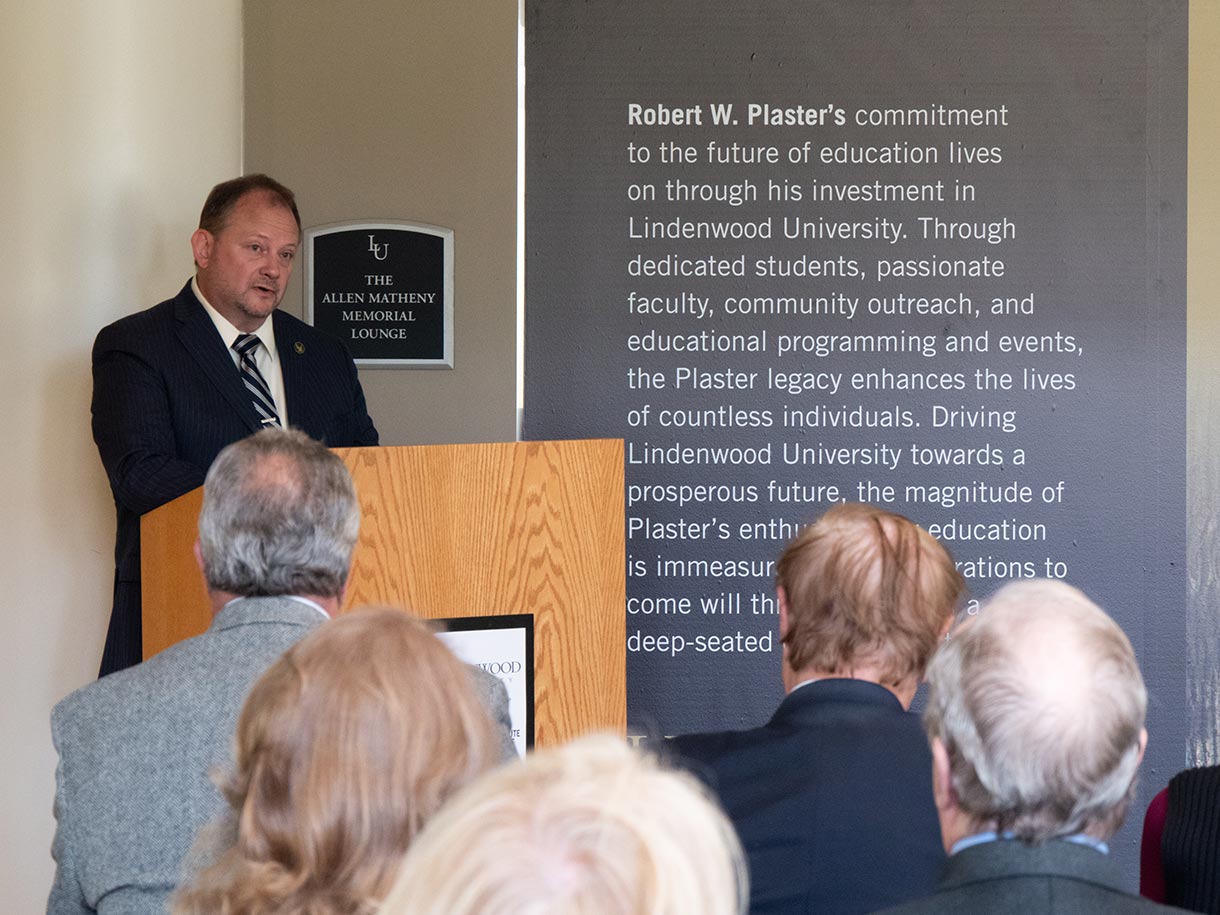 The legacies of Hammond and Plaster will be displayed on two new wall installations in Harmon Hall, home of the Robert W. Plaster College of Business and Entrepreneurship at Lindenwood. Designed by the University’s Art Director, Brad Hansen, the narrative displays will serve as a testament to the contributions and generosity of Plaster and Hammond.