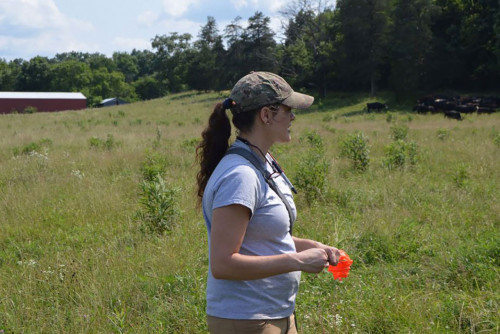 As Missouri celebrates its bicentennial this year, people across the state are working on projects to celebrate its history and heritage. One alumna, Erin Whitson ‘08, is currently working on a project with the Missouri Humanities Council. It focuses on the Trail of Tears and its path through the state. Her passion for her work can be traced back to her coursework at Lindenwood.

Alongside her history major, Whitson earned a minor in anthropology. This additional focus in her studies provided a foundation for finding and understanding deep-rooted issues of society. Whitson’s major and minor enabled her to focus on diverse studies, which she applied to her current project.

“We have two sites in Crawford County, and they’re focusing on the encampment of the Cherokee as they came through Missouri on the Trail of Tears in 1837 to 1839,” Whitson said.

The Trail of Tears is the path Indigenous persons (including those of the Cherokee, Chickasaw, Creek, Seminole, and other nations) took from Georgia to Oklahoma. Part of President Andrew Jackson’s controversial Indian Removal Act, the Trail of Tears was the brutal, forced relocation of indigenous populations that resulted in thousands of deaths. Whitson has presented on the subject in a course on the Age of Jackson, taught by Dr. Jeffrey Smith, a senior professor of History.

“Jackson was the one who really started the ball rolling on Indian removal policies in the United States,” Whitson said. “It did go to the Supreme Court, who said, ‘No, you can’t really do that,’ and he was sort of like, ‘Watch me,’ which is a problem.”

According to Whitson, one major reason for wanting the removal of these Indigenous nations was the discovery of gold in Georgia. At that time, this discovery provided the excuse they needed to forcefully remove thousands out of their land.

The focus on this Trail of Tears through Missouri comes from the fact that the state has the largest section of the trail of any state.

“We’ve got the least well known, well-marked miles of the Trail of Tears. Part of my project is trying to understand which routes they took moving west,” Whitson said.

One facet of the project is understanding the geographical path by using different types of radar equipment to discover disturbed soil and other features. Whiston and the Missouri Humanities Council are also trying to understand the day-to-day of the Native Americans. With little record keeping and documentation, many are working together to make sense of what they can. As this project concerns multiple Indigenous Nations, the Humanities Council is working closely with the Cherokee nation to ensure proper care and understanding is given to their ancestors and those of other nations that were forced on this trail.

One of the main goals of the project is to honor not only these nations, but also those they lost while on the trail. They work to discover potential grave sites, which they leave undisturbed, and to collect data on who died, how many died, and where on the trail it occurred. Whitson’s work in this project helps to promote more understanding and empathy, as she continues the path she started down at Lindenwood.

“What I really like to do at the end of the day, and what I think matters the most with this project is using those day-to-day things that we learn to establish that these people are not necessarily just victims. They were more than that.” 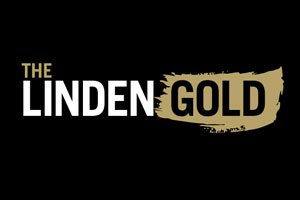