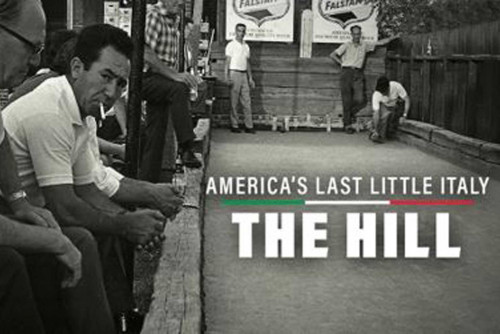 Joseph Puleo, Lindenwood graduate with a Bachelor of Fine Arts in Digital Cinema, recently had his first feature-length documentary featured on PBS, a public broadcasting and television program distributor. The film was co-produced with another Lindenwood graduate, Steve Cakouros. America’s Last Little Italy: The Hill describes the iconic St. Louis neighborhood, The Hill, in an entertaining way. With footage of several families of Italian immigrants talking about their past and how they made it to America, viewers can develop a connection to the neighborhood and immerse themselves in the Italian culture of St. Louis. I had the privilege to talk to Puleo about his project, and I am beyond happy to share his success with the Lindenwood community since Lindenwood was instrumental in Puleo's career as a filmmaker.

Before working on The Hill, Puleo had the opportunity to intern at a filmmaking studio in Saint Louis and met several actors from Los Angeles and New York. He also started working on his first low-budget independent feature, called "Top Son," after graduating from Lindenwood. The short won Best Comedy at the 2016 Saint Louis Filmmakers Showcase, was selected for the Holly Shorts film festival in Hollywood, and even made the top 5 films on the Just for Laughs Eat My Shorts film contest presented by comedian Kevin Hart in Canada. Puleo’s first project was a huge success considering he had just graduated, and he didn’t stop there.

After several “stops and starts” on different documentary ideas, meeting Rio Vitale, a well-known author from St. Louis, in 2018 inspired Puleo to start his newest film. Vitali wrote a book on The Hill and knows its ins and outs. During one of his conversations with Puleo, Vitali gave him the idea to direct a feature-like documentary on “America’s last little Italy.”

Like Vitale, Puleo also had a strong connection to St. Louis’ The Hill neighborhood. “Being an Italian American myself and having family members that live on The Hill and having visited The Hill my entire life, the Hill was something that was near and dear to my heart,” he says. Because of his deep connection to the neighborhood, Puleo felt as if not doing the film was not an option. He wanted to tell the story of the place that had meant so much to him his entire life.

It goes without saying that every successful project faces challenges. One of the struggles that Puleo and his co-producer, Cakouros, had was fast decision making. “A lot of the elderly members, residents of the Hill, started to pass away. And each time one of these members passed away, [they] were leaving those stories with them,” Puleo says. “That really struck a chord with myself and Steve, and within 5 days there was really no pre-production period whatsoever…. From that initial meeting we were down to the Hill and had our cameras rolling for the first interview.” Despite this challenge, Puleo was able to accomplish his goal of finishing the film. It was extremely well-received and ended up being featured on PBS – a national television channel. This is a huge accomplishment to achieve so early on in his career.

After conducting many interviews, selecting the best footage, and devoting a lot of time to editing the film, Puleo and Cakouros were able to finish the project in exactly 2 years – and their hard work paid off. The Hill won Best Documentary Feature in the St. Louis Filmmakers Showcase and was selected to go to the 2020 St. Louis International Film Festival. This award, as well as the positive reception from audience’s around the world, is a testament to Puleo’s remarkable job on this project. Puleo highlights that the fact “[the film] is a positive St. Louis story is something that you don’t see very often – in terms of a documentary being made in St. Louis.” The film could potentially change negative perceptions of St. Louis that some people outside of the city have previously had. St. Louis is amazing in many ways, especially in its cultural diversity. I am so glad Puleo embarked on this project and documented the unique nature of the neighborhood.

Puleo, Lindenwood is immensely proud of how far you’ve come and awaits to congratulate you on future successes!