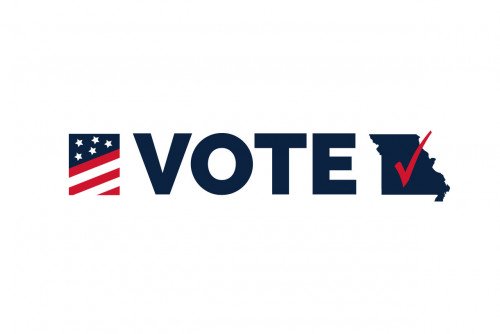 For decades, young adults have consistently had the lowest voter turnout rates of all age groups in United States elections. According to U.S. Census Bureau data, a shocking 53.9 percent of eligible 18- to 29-year-old citizens opted not to vote in the 2016 presidential election. Young people are passionate about current affairs and have the potential to become a mighty political force, but time and time again, they are underrepresented in the polls. Hoping to educate young people about their vote and empower them to perforate the political sphere, two Lindenwood professors decided to take action in their community by starting a new voting initiative.

In June, Dr. Amy Estlund and Dr. Barbara Hosto-Marti were awarded a grant that would give them the opportunity to increase voter participation, education, and engagement among young people in the local community. Dr. Hosto-Marti explained, “[Dr. Estlund] and I are co-PIs for ‘Generation Z Leading the Vote,’ funded through Missouri Foundation for Health. We named this initiative to empower our community to get involved in the election.” The two were delighted to bring this exciting initiative to the community, and they were thrilled at the possibilities it enabled. “I was excited about the opportunity to get our students and underserved populations in St. Charles engaged,” Dr. Hosto-Marti commented. “It is a wonderful opportunity to bring to campus.”

Despite facing restrictions from the pandemic, the professors have been able to accomplish very inspiring work through this project. Dr. Hosto-Marti said, “We proposed all of the activities that we’re implementing. Because of COVID, we’ve had to alter and adjust our original plans and be creative with how we offer programming and engage our community.” So far, they have run voter registration drives, hosted workshops about civil dialogue and the basics of voting, held outreach activities, planned an issue forum, and recorded a public service program for The Wood, the university’s radio station. In addition, Dr. Estlund and Dr. Hosto-Marti have recruited three interns who have helped them research voting precincts that could use their help, the best ways to reach out to the public, and how to get college campuses approved as polling locations.

The professors have been invigorated by the project and by their successful partnership. Dr. Hosto-Marti stated, “It has energized me. While working with Amy, I have found a genuine collaborator. We support and encourage each other. We have accomplished so much, and we keep coming up with new ways to get the message out.” She claimed that their efforts have been met with an overwhelmingly positive community response. “Students, faculty, and staff seem hungry to make a difference, and it is such a joy to help them discover how easy it is to be part of something really important.”

Unfortunately, many young people across the country may get misinformation about the voting process or are made to feel unwelcome in environments where important decisions are being made. Furthermore, several young adults may be led to believe that their votes simply aren’t significant. Dr. Estlund and Dr. Hosto-Marti know that these beliefs are destructive for young people and detrimental for the future of U.S. democracy. Through their initiative, they’re working to dispel harmful myths surrounding the voting process and encouraging young people to show up and cast their votes. “The system is not biased against young people, but it is biased in favor of voters,” Dr. Hosto-Marti explained. “This program is intended to help Gen Z understand how to make the most of their voting power to get their issues heard.”

The professors have loved that this project has brought Lindenwood and the local community closer together, and they hope that it will continue to open doors for future collaboration even after the election season is through. Dr. Hosto-Marti commented, “I am hoping that this initiative is a spark for a Lindenwood community that remains civically engaged and that it leads to more opportunities for our campus community and the larger St. Charles area to work together.” Lindenwood University is proud of the admirable work that these two dedicated professors are doing on and off campus, and Dr. Hosto-Marti is pleased with everything they’ve been able to achieve so far: “When I help students understand that they have the ability to change the world, it builds my faith in the future of our country.”