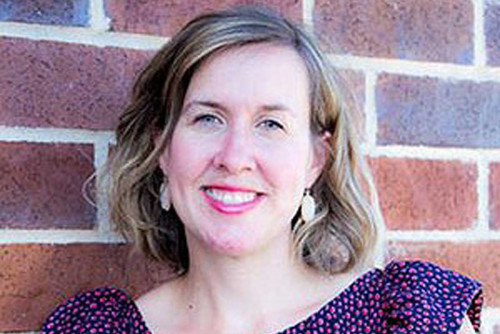 Dr. Stephanie Afful puts the students who are part of her social psychology class into real life scenarios with her class fundraiser. Each semester, Afful’s students choose a charity as a class that they would like to fundraise for. While using a multitude of different strategies, the students were able to implement themselves into real life scenarios and helped multiple different charities this year.

This year, Afful’s class chose to fundraise for Walter’s Walk and United Way- Texas Winter storm Relief. Walter’s Walk is a local organization that provides mental health services to those in need, regardless of their ability to pay. According to Afful, “The Executive Director of Walter’s Walk informed us that our donation of $857.41 will provide over 30 counseling sessions to the community.” The class went on to select United Way- Texas Winter Storm Relief because it was time sensitive due to the storm and cold front that was going on in Texas, leaving millions without power. Afful said, “We raised $471.50 for United Way. In the past, some of our most successful fundraising campaigns have been those that were time sensitive (e.g., Convoy of Hope for hurricane Harvey in Fall of 2017; Parkland School Shooting in Spring of 2018).”

Students had the requirement to ask a minimum of 12 friends or family members for fundraising contributions and they were not allowed to ask any classmates or Lindenwood University employees. They asked for donations using a multitude of compliance methods and techniques such as door in the face, foot in the door, and a direct method. The direct method served as the class’ control group for the project. According to Afful, “The door in the face involves asking for a large amount, once that is rejected, following up with a smaller more reasonable amount. The foot in door involves asking for a small amount, once securing agreement, raising that to a larger amount.” The class found that people were more likely to comply with the second request when using 2-step compliance strategies such as these.

The students have made changes from past years due to COVID-19. Previously, all donations were cash. But now, students were able to collect via Venmo or by donating directly to the charity itself.  In the past, the students have raised for larger national and international charities such as Doctors Without Borders & St. Jude’s as well as local and time specific charities such as for the Parkland School Shooting, United Way for Flint Michigan Water Crisis. This project has also been approved by the Dean, Provost and the IRB director. The goal of the project is to get students active and involved in fundraising in hopes of it having a positive ripple effect in the future.