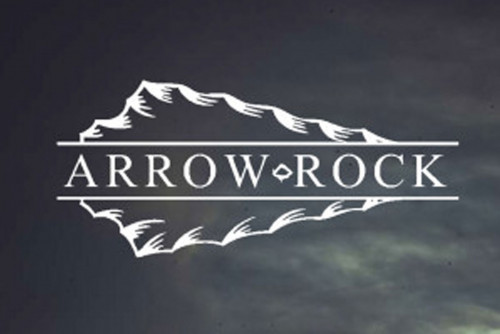 For the excellence of its Spring 2019 issue, the Arrow Rock Literary Journal won its first ever REALM Award. Produced by 10 undergraduate students and one faculty advisor working in concert, this previous issue of Lindenwood’s online publication stands as a beaming example of the university’s tradition of literary excellence.

Known as REALM (Recognizing Excellence in Art and Literary Magazines), the award given to the Spring 2019 issue of Arrow Rock is one imparted to literary journals across the United States each year. According to the website for the National Council of Teachers of English, the award is issued by the Council to those secondary and postsecondary institutions that submit their literary publications for evaluation and scoring.

“This was the first time we participated in the competition, so we didn’t really know what to expect,” said Dr. Sue Edele, who has been the faculty advisor of Arrow Rock since 2016. In fact, students in the program did not even know that they were in the running, as Arrow Rock’s submission to the competition did not occur until after students had already left for the summer.

This, however, did not stop the staff of Lindenwood’s literary journal from performing admirably in their production of the Spring 2019 issue. In that regard, Dr. Edele said that the “students put into action the traits and values that businesses want in their employees: critical thinking, teamwork, productive discussion, and attention to detail.”

Acting as assistant editors, the students enrolled in the Spring 2019 Arrow Rock course put much effort into the collaboration that earned their issue’s award. According to Dr. Edele, who administers the course and keeps it on track, the students of Arrow Rock “review the submissions, choose the submissions to accept, and then design, promote, and publish the journal.”

Not only does Arrow Rock contribute to the development of students’ production skills, but it also serves as (in the words of Dr. Edele) “a place to showcase the creativity of our students.” Every spring semester, the literary journal opens itself to submissions of short fiction, poetry, and other works of art created by undergraduate students in attendance at Lindenwood University. Accordingly, “there are many moving parts and sub-teams within the class that come together and produce a celebration of the creativity of LU’s undergraduate students,” said Dr. Edele.

Even in the years before Arrow Rock recently went online, Lindenwood carried a strong tradition of hard work and cooperation in the production of its literary journal, which has gone under various names in its past renditions, such as Linden Leaves or The Griffin.

As former faculty advisor Professor Spencer Hurst documented, the literary journal’s long history has proven itself to be significant: “Carrying on that tradition was important to me during the years I was directly involved with the project, and I think that feeling was shared by the many student editors, designers, production staff, faculty advisors and, of course, contributors to Arrow Rock.”

Much in the same way that Arrow Rock students have learned through hard work in the production of recent issues, so, too, did students involved throughout the early 2010s learn the lessons of creating a literary journal. Professor Hurst stated that he is “confident they gained tangible, real-world experience. This was not something that could have been done by reading a textbook.… Hands got dirty.”

In this manner, the Arrow Rock Literary Journal has truly cemented itself as a testament to the drive for success that Lindenwood students and staff have exercised and, as the REALM Award indicates, will continue to exercise.