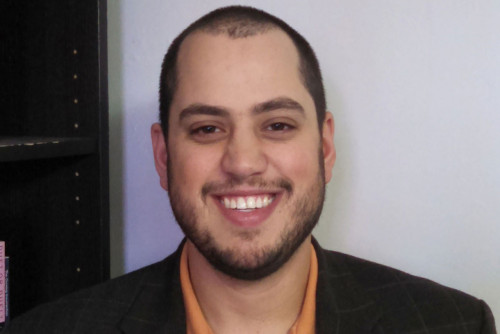 If you have ever wondered about how Christianity and politics influence each other or have wanted to learn about religion in the Star Wars franchise, Dr. Travis W. McMaken is the man to see. As a professor of religion at Lindenwood (and assistant dean of the School of Humanities), Dr. McMaken has taught courses on everything from the Protestant and Catholic Reformations to the amusingly named first-year seminar course “Thor and Friends.” While he teaches a wide range of religion courses, his research and writing are primarily focused on 20th-century theology. His work has been published several times over the past few years, and he is also the founder and editor of  a theological digital news magazine called Die Evangelischen Theologen, or “DET” for short.

Dr. McMaken is a very accomplished writer and has written journal articles, contributed chapters to books on theology, acted as an editor for collections of spiritual writings, and published two of his own books on theologians Karl Barth and Helmet Gollwitzer. In addition to this impressive resume, the professor writes posts regularly for DET, sharing his thoughts on Protestant theology, Karl Barth, and more with the site’s readers. His work has been called “wide-ranging, insightful, and sophisticated” and “a fascinating explication of the Church Dogmatics, and related texts” in editorial reviews of his book, The Sign of the Gospel: Toward an Evangelical Doctrine of Infant Baptism after Karl Barth. Another review stated that the book “exhibit[s] lucid analysis and deep insight… [and] offers an impressive exploration of the doctrine of baptism in the theology of Karl Barth.”

Even after his many publications, the work of an academic never stops, and Dr. McMaken has recently contributed to yet another published work. His most recent published work is a chapter in a larger work, Wiley Blackwell Companion to Karl Barth. The chapter is titled “Barth on Baptism” and discusses 20th-century Swiss theologist Karl Barth’s doctrine on baptism. According to the book’s summary, “Karl Barth is considered one of the greatest thinkers within the history of Christian tradition,” and Dr. McMaken contributes to the development of a larger understanding of Barth’s theology presented in the book. Dr. McMaken is a very accomplished religious scholar, and Lindenwood is very proud to have him as a member of the faculty. We look forward to his future successes!