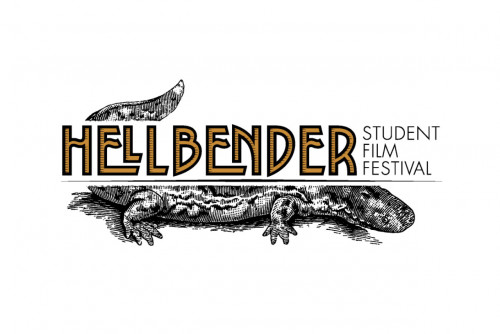 The Hellbender Student Film Festival is a new film festival curated at Lindenwood University. Associate Professor Andrew Millians founded the festival earlier this year after the idea of launching a festival had been discussed within the Cinema Arts program for a while. As the Festival Director, Professor Millians wanted to give student filmmakers an opportunity to showcase their work.

According to the official Hellbender Student Film Festival website, the festival received its name from a one of the largest salamanders in the world. Missouri is the only state in the US that’s home to both subspecies of the hellbender. Professor Millians said it was important to give the festival a distinct and unique name that was related to Missouri.

Submissions were open from March to September, and they received over 430 submissions from all over the world (“I don’t think there is a continent, except for Antarctica, that hasn’t been represented,” Professor Millians said). The jurors- which is made up of a panel of current Lindenwood students and alumni- will narrow down the submissions to around 60 films to showcase at the festival. Those selected filmmakers will be notified by October 31st.

Categories that both high school and college/university student filmmakers could submit their films to included: narrative short, documentary short, and animated short. There was also a category titled Life in the Time of Coronavirus which was dedicated to showcasing creative work that reflects the anxiety, disturbance, and upheaval that has accompanied the rise (and hopefully the fall) of the coronavirus.

“My favorite part of helping with the festival has just been getting to see what students and other individuals from all over the world are making these days,” said Lupe Medina, the Student Coordinator of the festival. Lupe is a junior at Lindenwood majoring in Cinema Arts, and minoring in Sociology. “Even in the midst of a global pandemic, creators are still out there making films and using the resources they have to make a film reflecting on our world right now.” As Student Coordinator, Lupe Medina runs the festival’s Instagram, oversees the panel or jurors, and judges submissions. “Something the community should know about the festival is that the submissions we are getting are not only limited to the St. Louis area. We got submissions from several countries like France and India and it has been cool to see how they are making films differently from us in the states.”

While the screenings for the 2020 Hellbender Student Film Festival won’t be held until the spring, plans are already in motion for the 2021 festival. That festival will include a special category devoted to social justice, and a collaboration with the Lindenwood Dance Program on a Dance on Film program.