Student is Awarded a Scholarship To Study Abroad in Taiwan 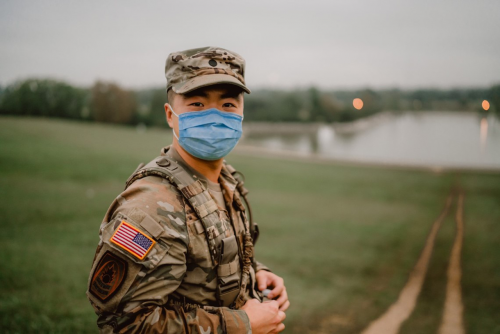 Lindenwood University student Tommy Sun was awarded a $20,000 scholarship to study abroad in Taiwan this upcoming summer. The scholarship is sponsored by Boren Awards, an organization that offers scholarships for undergraduate and graduate students to be culturally immersed in another country and learn a critical language that is useful to the government, some of them being Arabic, Chinese, Portuguese, and Swahili.

Sun chose to go to Taiwan and is beyond excited for what awaits him in the experience abroad. This will not only be a great opportunity for him to learn Taiwan’s culture and language but also an amazing way to better understand his roots – his parents are originally from China, and although he lived the first five years of his life in the country, Sun moved back to the United States when he was very young. He has lived in America for the majority of his life and has forgotten much of his native Mandarin.

Luckily, Lindenwood has greatly helped Sun to meet one of the main requirements for Boren Awards: a background in language education. He is an International Relations major with an emphasis in International Security and a minor in Asian Studies. Chinese language classes at Lindenwood certainly provided Sun with a very good basis of the language, allowing him to be eligible to apply. Applicants for Boren Awards also have to make sure they have a cumulative GPA of 3.75 or higher, write two detailed essays, and submit recommendation letters from three professors, all of which Sun successfully did. And because Boren Awards invest in linguistic and cultural knowledge for aspiring federal government employees, applicants must commit to working for the federal government in some way or form.

Sun has already started to pursue his career by demonstrating a crucial skill across diverse environments: leadership. Sun is part of the Army ROTC program and has shown outstanding leadership skills not only as a senior level cadet and head of logistics for the battalion, but also through his involvement in the Order of Omega, an honor society for members of Greek organizations that recognizes juniors and seniors who have exemplified high standards of leadership.

His experience in Taiwan is a stepping stone for Sun’s personal and professional development; as he himself puts it, “Having the understanding about what the United States face when it comes to challenges, enemies, and problems, I will be a great asset not just to myself but also to the country I serve.” In his journey towards his undergraduate degree, Sun has studied international security and learned that the United States may face many international challenges. Being an S4 cadet – in other words, cadet in charge for sustainment – through ROTC has allowed Sun to show great understanding in logistics as he moves troops and supplies in the Army, which alongside cultural immersion in Taiwan will be crucial to a successful career as a future transportation officer in the federal government.

Summer approaches and Sun is getting ready for what he will do in Taiwan. During his stay in the country abroad, he will take over 10 credit hours of Mandarin classes, work as an intern for a minimum of 100 hours, and will “bridge theory and practice in culture.” Sun hopes to use the knowledge and experience he will gain to help other students with the application process for Boren Awards and answer any questions they may have. In the same way other students helped Sun apply for the scholarship, he also wants to be available as an alumnus reference to assist and guide others. Sun’s success in being an awardee of a Boren Awards scholarship is without a doubt proof of Lindenwood’s determination in enhancing lives through quality education and professional preparatory experiences.