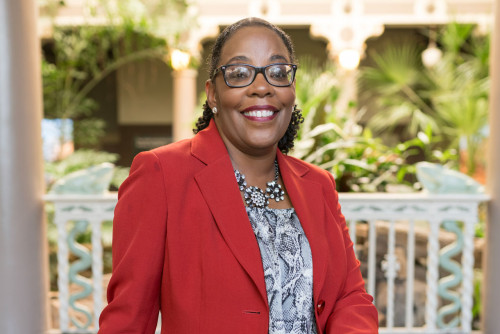 When Cassandra Brown Ray (’08) went to work at the Saint Louis Zoo as a staff accountant, she did not think she would stay for very long. That was 1992. Earlier this year, she was named CFO for the Zoo, one of St. Louis’ most respected and iconic institutions. She has the distinction of being the first African-American and the first woman to hold that role.

“When I first joined the zoo, I was afraid it would be boring,” Ray said with a smile. “It’s been anything but.”

Ray grew up in St. Louis and attended Normandy High School. She worked as a bank teller while still in high school and took an accounting class, all of which helped whet her appetite for finance. After high school, she went to the University of Missouri in Columbia and earned her undergraduate degree in accounting.

She later earned her CPA and in 2006, already well established in her career, enrolled in Lindenwood University’s accelerated evening program to get her MBA, graduating in 2008.

“I knew I wanted to go back,” she said. “I wanted to wait for our kids (Taylor and Jaylen) to be a little older and set an example for them.”

She said they would all sit and study together in the evenings. Her daughter has since graduated from UMSL in graphic design, and her son attends Missouri State University, where he studies business.

“Going back to school, while daunting, was incredible,” Ray said. “It made me realize how much I missed school and the energy of all the students.”

Earlier this year, she accepted an invitation to join Lindenwood’s Board of Trustees, a “full circle moment,” as she calls it. She is also on the Board of Directors for DUO, which trains and provides service dogs for people who need them, and is a graduate of FOCUS Leadership St. Louis and a member of the inaugural class of the FOCUS Impact Fellows, which is charged with developing and implementing an action plan using the 2015 Ferguson Commission Report as a guideline.

“Service is a big part of my life,” she said. “These organizations exist to make people’s lives better.”

Of her time at the Saint Louis Zoo, she has nothing but praise for the organization, its culture, and its mission. In addition to her job as CFO, Ray leads a team devoted to diversity, equity, and inclusion at the organization, which includes efforts for employees and visitors alike.

“The Zoo has been committed to my growth, and I feel celebrated here,” Ray said. “That breeds loyalty. Every step in my journey, the Zoo has been here holding me up. At the same time, I’m here to hold the Zoo up.”

The Zoo’s director of PR and governmental affairs, Billy Brennan, says that Ray’s impact at the Zoo goes well beyond her work in finance.

“A lot of folks look up to her,” Brennan said. “She is a mentor to a lot of people, including me.”

These days, Things are anything but boring at the Zoo. A new primate house expansion is currently under construction, and plans are underway for a 425-acre site the Zoo owns in North County that will have a Conservation & Animal Science Center as well as public attractions that will connect people with nature and animals. The facility will be part of the Zoo’s larger effort as a conservation organization.

“I went to Tanzania and saw these animals in the wild,” Ray said. “So many are at risk. We’re telling people how they can help. It’s going to take all of us.”

Ray resides in St. Peters with Quentin, her husband of 28 years, and their pug-a-poo, Yoda. 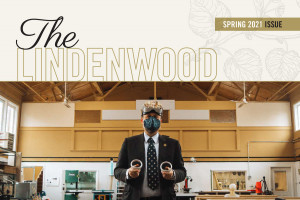