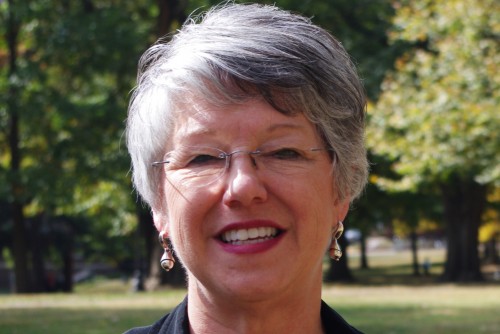 After an extensive national search, Lindenwood University System President Michael D. Shonrock has selected Dr. Marilyn Abbott to serve as provost and vice president for academic affairs at Lindenwood’s flagship campus in St. Charles, Mo. Abbott had been serving as interim provost since spring 2015, and previously served as associate provost.

Shonrock said the national executive search firm Witt/Kieffer and the university’s campus search advisory committee vetted a pool of candidates for the position. He said the field had been narrowed to six before the final selection.

“The candidates were excited about the opportunity, Lindenwood’s new direction, our strong financial position, and about being in the Greater St. Louis area and the City of St. Charles,” Shonrock said.

Abbott has been employed at Lindenwood for 18 years, serving in a variety of academic roles as dean of sciences, associate provost, and interim provost. She has 10 years of corporate experience in research and development with Anheuser-Busch Companies, Inc. She earned her Ph.D. in biological sciences from Purdue University, and an A.B. in biology from Indiana University.

“Marilyn has great passion and significant experience,” said Shonrock. “She has demonstrated effective leadership as interim provost, and she will be a very effective advocate and voice for our faculty and our students.”

Shonrock said Abbott’s academic leadership has created momentum in many areas across campus, from the new campus master plan to development of Lindenwood’s new brand and the institution’s Like No Other leadership development program.

Shonrock expressed appreciation for the leadership of Witt/Kieffer and Lindenwood’s campus search advisory committee, which helped develop the leadership profile for the position and assisted as the candidate field was narrowed. In all, Witt/Kieffer reached out to 988 leaders across the nation as it screened and reviewed 70 applicants.

“I am thrilled to accept the position of vice president for academic affairs and provost at Lindenwood University,” she said. “It is an exciting time at Lindenwood, and under President Shonrock’s leadership, we are on our way to building a forward-thinking university in whose traditions we can continue to take pride. I look forward to working with the faculty and staff to advance in this promising new direction.”

Shonrock said he looked forward to Abbott and her husband, Dr. Mark Abbott, “continuing their wonderful connection with the Lindenwood family.”