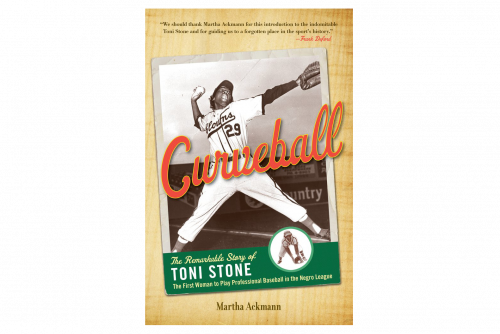 Author and Lindenwood alumna Martha Ackmann (class of 1973) will see her book, Curveball, come to life in the Off-Broadway play Toni Stone this spring and summer. The play will be produced by the Roundabout Theatre Company at the Harold and Mirian Steinberg Center’s Laura Pels Theater in New York City.

Toni Stone was the first female professional baseball player in the Negro Leagues. The play will star Emmy Award-winning actor Uzo Aduba, best known for her role as Suzanne “Crazy Eyes” Warren in the Netflix series Orange is the New Black. 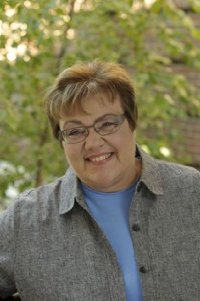 Ackmann released Curveball eight years ago. After seeing the book featured on ESPN, producer Samantha Barrie contacted Ackmann’s agent about adapting Curveball for the stage. Later, Ackmann and Barrie met in New York and agreed to pursue the project together.

“It is important to choose a person with the same artistic vision as you,” said Ackmann.

“This is my first collaboration with a playwright, and Lydia has been open and generous,” said Ackmann. She said she is enjoying seeing her book visualized for the stage.

“I’m just delighted!” she said. “The experience has been positive, and Lydia is taking the story into a new realm. It has been quite wonderful. It is the first all-female baseball production for the American stage. Uzo Aduba is phenomenal. I was pleased when she was chosen to play the lead. She carries herself like an athlete, so it was a double delight.”

Many plays have begun in an Off-Broadway setting and made the transition to Broadway theaters. There are hopes that Toni Stone does the same.

“Off-Broadway simply means the size of the theater,” Ackmann said. “We are in the heart of Times Square. This is actually our first run to see if the audience likes it, and our hope is that it will do well.”

Ackmann, who graduated in 1973 with a double major in English and communication arts, has another iron in the fire as well. Her book The Mercury 13: The Untold Story of Thirteen American Women and the Dream of Space Flight, has been optioned as an event miniseries and is in development by Bradley Whitford (The West Wing) for Amazon. Liz Hannah, who wrote the film The Post, will also write Mercury 13. The book tells the story of the 13 women who trained as astronauts alongside the men for the Mercury 7 mission in 1961 but were let go from the program despite completing the same training.

“(Mercury 13) has been a long time coming as well,” Ackmann said. “I have been very happy that Brad and his team are moving it forward. He has the kind of vision I’m looking for that aligns with the story.”

In addition to the play and television show, Ackmann has finished a new book about poet Emily Dickinson, which is in the editing stage and scheduled for release from Norton next year. She has also begun writing a book on country music legend Dolly Parton.

Toni Stone rehearsals take place in April, with preview performances in May. The play officially opens on June 20.