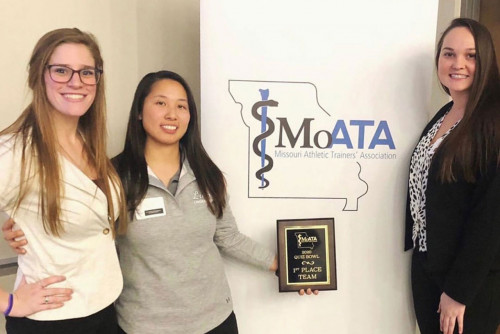 The team was comprised of seniors Cassandra Keller, Jennifer Yang, and Brittney Flieger. Students competed in the Jeopardy-style quiz bowl against other undergraduate and graduate athletic training programs from throughout the state.

In light of their victory, Lindenwood will represent Missouri at the Mid-America Athletic Trainers' Association (MAATA) Quiz Bowl at the National Athletic Trainers’ Association (NATA) District V annual meeting March 19-21 in LaVista, Neb. Winners of the MAATA competition will compete against all other districts at the NATA national symposium in June.