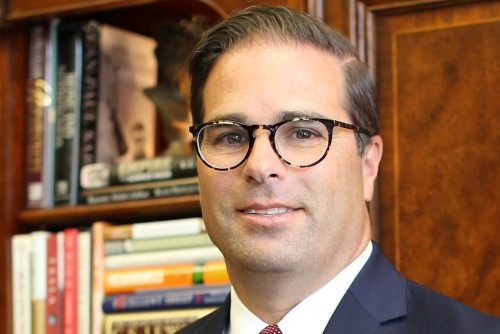 Shonrock said Barger had done an ”exceptional job throughout the later summer and kicking off the fall semester, building relationships with faculty, staff, and students and enhancing partnerships with the Belleville community.”

Barger, who plans on moving to Belleville, is a longtime member of the Lindenwood family, having first arrived at the St. Charles campus as a student in 1990. He was hired in 1994 and has three Lindenwood degrees – EdD, MBA, and BA. He previously served as the associate vice president for operations and finance.

“I am excited to be a part of this campus and community,” Barger said. “I am thoroughly enjoying getting to know Belleville and helping this community prosper.”