Singer and composer Erin Bode will give an 80-minute performance and discuss the path that led to her vocal career at the Lindenwood University-Belleville Speaker Series on April 7 at 6:30 p.m. in the Auditorium. This event is free and open to the public. 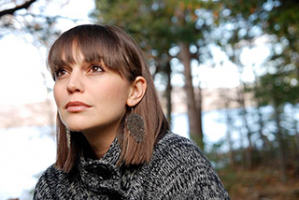 Bode has mesmerized audiences with her striking stage presence, irresistible voice, and a remarkable music savvy that has positioned her at the intersection of jazz, folk, and pop music. Her band features top-notch players with distinctive voices of their own. Bode’s talent and appeal have been lauded in the Wall Street Journal, Washington Post, Jazz Times, St. Louis Post-Dispatch, and other publications.

The Erin Bode Group has performed nationwide at venues such as Blues Alley in Washington, D.C.; Zanzibar Blue and World Café Live in Philadelphia, Penn.; and Sweet Rhythm and Joe’s Pub in New York. They have also played three European tours, as well as a stint in Tokyo, Japan. Bode has opened for such big-name performers as Michael Bublé, Jamie Cullum, and Chris Botti.

For more information on this event or upcoming speakers, contact Brooke Taylor at (618) 239-6160 or btaylor@lindenwood.edu.