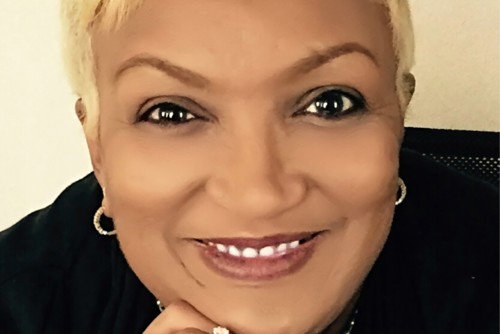 Lindenwood University’s Donna Bradley has been named the outstanding alumna of the year by St. Mary’s Episcopal School in Memphis, Tenn., where she attended middle school and high school.

“It was a total surprise, but I feel so honored,” said Bradley. “They recently asked me to come speak there, and that was such a wonderful experience. Now, this. It really warms my heart.”

She is an accomplished attorney and educator, currently serving as program director of the criminal justice program in Lindenwood’s Accelerated Degree Program. But, Bradley is also an important part of the history of St. Mary’s Episcopal School. She was the first African-American student to attend the previously all-white school in a city torn by racial strife.

“Donna’s story is truly one that exemplifies the qualities for which we look from our outstanding alumnae: Service, courage, compassion, and leadership,” St. Mary’s stated in its announcement of Bradley’s honor.

Bradley, whose mother, Lorene Osborne, was an active civil rights leader in the Memphis area, decided to enroll the then 12-year-old girl, at the all-white school in 1969, just a year after iconic civil rights leader Dr. Martin Luther King was murdered in the city.

“I didn’t realize at the time that I was being sent to the school to integrate it,” said Bradley, “but I did realize when I got there that I didn’t fit in. I knew I had the only black face at the school, and it was certainly very uncomfortable for a while.”

At the time, Bradley said all-white private schools popped up all over the country–but especially in the south–to give parents who didn’t believe in integration a place to send their children for an education where they wouldn’t have to share their classrooms with blacks.

St. Mary’s was in a well-to-do area of Memphis where Bradley differed from her classmates not only because of the color of her skin, but also because of a difference in their socio-economic class.

“We were a middle class family and we did alright,” Bradley said. “My mother worked as a teacher and my dad worked at the post office. Suddenly I was going to school at a place where the only black people the other kids knew were their butlers and maids. I remember that I found it odd to hear white children address their household help–adults–by their first name.”

While it may seem risky to send your child to fight a civil rights battle, Bradley said equality was a principle her mother believed needed to be fought for on all fronts.

“It was tough,” Bradley allowed. “But mama was so active in civil rights. She used to take me to the picket lines with her and put her sign on my baby carriage while she pushed it around. She was so tough. If a door said ‘whites only,’ that was the door she was going to use. Daddy always had a bail fund for her, because she was willing to get arrested if that’s what it took.”

By the time Bradley, then known by her maiden name of Donna Osborne, realized the gravity of her role in integrating the school, she was a sophomore. By then, a few more black faces joined her in the crowd. Today, about 30 percent of the student body at St. Mary’s is made up of minority students. Bradley’s peers, the graduating class of 1974, nominated her for the alumnae of the year honor.

“When I spoke there, it was so rewarding to see black faces looking back at me from the audience,” Bradley said. “I’m really glad that I was a St. Mary’s girl.”