Bruno Rewarded for Persistence with Patent for Headphone Design

Lindenwood University senior Joe Bruno describes himself as persistent. Recently, that persistence paid off when, after a years-long process, he achieved something few others will ever experience—a U.S. patent.

Bruno received notification this summer that his headphone design, which allows for easy removal and replacement of the individual earpieces, was approved for a patent.

“If you buy a pair of headphones and one of the sides goes out, you can’t do anything but replace the headphones,” Bruno said. “With this design, you’ll be able to replace the defective side or customize with different colors or designs.”

In his senior year at John F. Kennedy High School in St. Louis County, Bruno, now an entrepreneurial studies major in the Plaster School of Business & Entrepreneurship, was talking with a friend’s dad, who was frustrated that his headphones had broken and could not be fixed.

“I took that pair, tinkered with them, and said, ‘This is not the way to do it,’” Bruno said. “How can we make it better?” 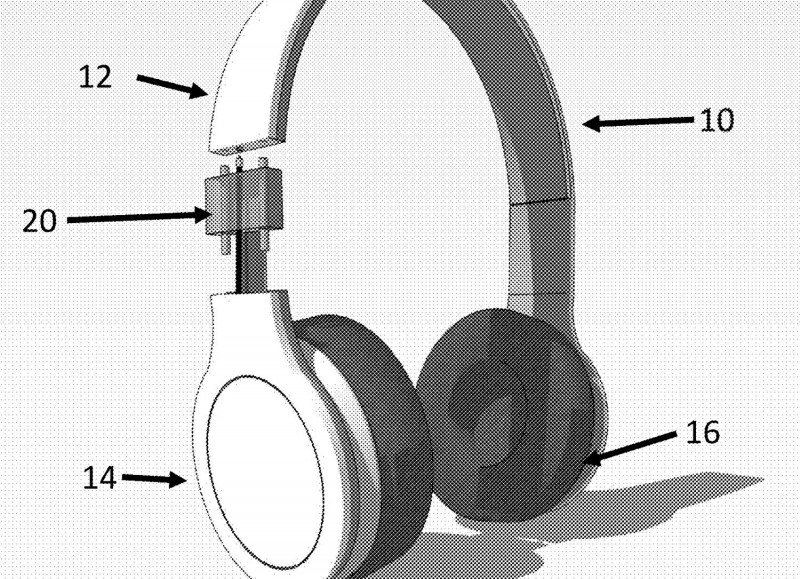 Bruno came up with his design for headphones with interchangeable earpieces and contacted a lawyer friend, Daniel Burnham, who helped him file for a patent. Over the next several years, Bruno became very familiar with the numerous steps involved and the speed at which the U.S. Patent Office moves. In his freshman year at Lindenwood, he had to make a decision to move forward or to let it go. He decided to move forward, which he said did not surprise anyone that knows him.

“My friends tell me they knew I’d get it,” Bruno said. “I’m a persistent person.”

Bruno received a lot of advice and encouragement from several of his professors as well and mentioned specifically Robert Allen, Steve Coleman, Javeria Farooqi, David Rosenwasser, Chris Edler, Roger Ellis, Maryann Townsend, Benjamin Brink, Paul Wright, and Jeffrey Marsh. This summer, he learned that he received the patent. He said a number of others have helped him in the process, which he also wanted to recognize, including the Ornellas family, the Husch Blackwell law firm, which helped him finalize things, and his family and friends who supported him.

“I felt really proud of the accomplishment,” Bruno said. “It’s been quite an experience.”

Bruno said the next step is to try to sell the patent to a large client, such as a major consumer electronics company. He has already been in touch with the patent acquisition office at Apple and a number of others. Beyond that, he said he has a few other ideas in progress, branching out from consumer electronics. After graduation, he said he would like to work in research and development for a company, but he is keeping his options open.

“It’s pretty amazing,” said, Dr. Michael Shonrock, president of the Lindenwood University system. “Persistence pays off. How many students have you heard of that have received a patent?”