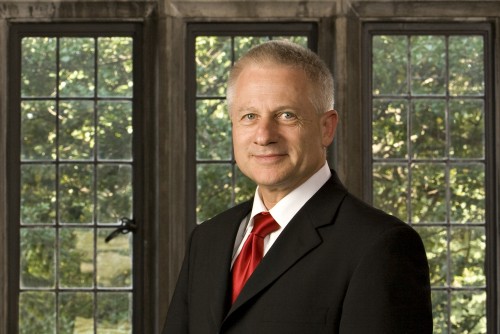 Lindenwood University of St. Charles, Missouri, announced today a major partnership with the City of Ferguson to assist city officials, residents of Ferguson, and students who attend North St. Louis County schools with an eight-phase initiative that will include scholarships, grants, and entrepreneurial opportunities to Ferguson residents.

“Lindenwood is extremely pleased that our Hammond Institute for Free Enterprise is reaching out to the City of Ferguson with services that will benefit both commerce and education in that community,” said Lindenwood University President, James Evans, PhD.

Lindenwood University students and faculty will provide their time and expertise to a variety of initiatives in and for Ferguson that will include the following:

1. Entrepreneurship program for Ferguson residents: The Pinnacle Entertainment Foundation has generously donated $25,000 to The Hammond Institute’s Duree Center for Entrepreneurship. The donation will provide up to 100 full scholarships for adult students who live in the City of Ferguson to enroll in the Ameristar “Who Owns the Ice House?” Entrepreneurship Program in North St. Louis County. The Ice House Entrepreneurship program is designed to motivate, inspire, and engage participants in the essential skills needed to develop an “entrepreneurial mindset.” The program was created by the Entrepreneurial Learning Initiate, a partner of the Kauffmann Foundation. The Duree Center for Entrepreneurship will organize the program, which will be offered at Lindenwood University’s North County Center in Florissant, Mo. Ferguson city officials will contact residents to sign up for this exciting new program.

3. Media Content: Faculty from Lindenwood’s School of Communications have arranged for their classes to work with the Ferguson Media Relations Department to create free media content for the City of Ferguson. One class is creating public service announcements highlighting businesses and residents to be used on the City’s Charter Communications channel. The public service announcements will also air on Lindenwood University’s LUTV and KCLC television and radio stations.

5. Law Enforcement: Lindenwood University’s Criminal Justice Department is creating a program to encourage greater interest among North County residents and students in law enforcement careers, and to increase the diversity of the region’s law enforcement agencies. This program will include on-campus seminars and other activities for high school students.

6. Volunteering: Lindenwood University students will begin organizing and participating as volunteers in a number of community service activities designed to address the needs of Ferguson residents of all ages. For example, on Saturday, April 25, there will be a student-organized day of activities for kids and parents at the Ferguson Community Center.

7. #FergusonFavorites: The Hammond Institute’s Liberty & Ethics Center has launched a campaign on Twitter and Facebook to encourage people to go to Ferguson and surrounding cities to dine and shop. The purpose of the campaign is to help local businesses to recover and to instill a positive perception of the area.

8. North St. Louis County Scholarship Program: Lindenwood is establishing a new scholarship program for students living in school districts in North St. Louis County. For the upcoming academic year, Lindenwood University will provide partial scholarships for up to 25 qualifying students from the school districts of Riverview Gardens, Ferguson-Florissant, Normandy, Hazelwood, and Jennings. Specifically, the 25 scholarships will be offered in the amount of $5,000 per student per year in direct Lindenwood financial aid, up to five years, for a total of $625,000 in scholarships. Recipients will also be eligible for a $2,400 annual Work and Learn award, which brings the total Lindenwood commitment to $925,000. The details of the program are still being worked out, but some of the scholarships will be dedicated to specific high schools, with the remainder being offered to students from across all five districts. Lindenwood University faculty will begin setting up meetings with area superintendents of schools with the details.