Hammond Institute’s
Ferguson to Be Visiting Scholar, Collaborate on Book

Hammond Institute’s
Ferguson to Be Visiting Scholar, Collaborate on Book

HOME
About
News
Hammond Institute’s Ferguson to Be Visiting Scholar, Collaborate on Book
About NAVIGATION
January 8, 2020 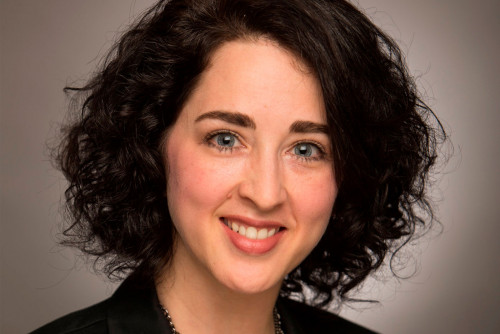 Dr. Rachel Ferguson, director of the Hammond Institute for Free Enterprise’s Liberty & Ethics Center at Lindenwood University, will be a visiting scholar at the Eudaimonia Institute at Wake Forest University for the spring semester of 2020. Ferguson is a professor of managerial philosophy at Lindenwood University in St. Charles, Mo., and she will be on sabbatical from Lindenwood during the spring to take up the position at Wake Forest. While there, she will collaborate with Dr. Marcus Witcher on a book titled Black Liberation in the Marketplace. Witcher is a scholar-in-residence in the History Department and the Arkansas Center for Research in Economics (ACRE) at the University of Central Arkansas.

Roger Ellis, dean of the Plaster School of Business & Entrepreneurship, said Ferguson will be a great addition to Wake Forest.

“Dr. Ferguson’s stay at such a prestigious institute and university is a great opportunity to showcase our faculty to the greater academic world, and it will bolster our own academic reputation,” Ellis said. “And, of course, students in the Plaster School will be the greatest beneficiaries of all that she learns during her time away.”

Howard Wall, director of the Hammond Institute, added, “Their project will be a great addition to the work we do at the institute and stresses how free enterprise provides opportunities for disadvantaged groups in ways that are often overlooked.”

Ferguson said she and Witcher will argue that both conservatives and progressives in America have failed to significantly help African Americans.

“Polarization between these two groups confuses the conversation by insisting on ideological narratives that don’t fit the American black experience,” Ferguson said. “Instead, we will argue that conservatives can both understand and defend the idea of systemic injustice by becoming better educated on the ways in which municipal and state governments, as well as the federal government, violated the civil and economic liberties of blacks.

“Conversely, progressives can both understand and defend the ways in which social engineering by these government entities undermined the sanctity of the black family and full, flourishing participation in a market economy by black Americans.”

By appealing to each group according to its primary values, Ferguson and Witcher believe conservatives and progressives can begin to acknowledge some of the insights of the other concerning markets, social cohesion, and oppression of the marginalized.

Black Liberation in the Marketplace will review the following historical events in light of these insights: the 1862 Homestead Act, progressive eugenics and the minimum wage, red-lining and housing covenants, the federal highway system, black gun rights, the drug war, and our current mass incarceration crisis.

Ferguson’s ability to participate next semester as a visiting research scholar is fully funded by the Eudaimonia Institute at Wake Forest University in Winston-Salem, N.C.

“The mission of the Eudaimonia Institute is to study the nature of genuine human flourishing, or ‘eudaimonia,’ as well as the public social institutions required to support and encourage it,” said Dr. James Otteson, the Thomas W. Smith Presidential Chair in Business Ethics, professor of economics, and director the Eudaimonia Institute. “Entrepreneurship plays an important role in the progress and prosperity of society, and thus is an integral part of a eudaimonic life. Dr. Ferguson's research on the entrepreneurial spirit and motivation among different demographics of America, as well as her arguments connecting it to opportunity and human dignity, are at the core of our mission. We could not be happier that she will spend some time with us sharing and developing her important work.”

“I’m extremely grateful to Dr. Otteson and everyone at the Eudaimonia Institute for this opportunity to focus deeply on one, singular project in a challenging and supportive environment,” said Ferguson. “Dr. Witcher and I look forward to showcasing our finished work here on campus at Lindenwood during Black History Month in February 2021.”

Ferguson is a board member for the Freedom Center of Missouri, a participant in Liberty Fund Colloquia, a reviewer for the Journal of Markets and Morality, and has been a Summer Rowley Fellow at the Mises Institute. Her research interests include Hume’s classical liberalism, the philosophy of economics, and Aristotelian virtue theory.

The Hammond Institute for Free Enterprise at Lindenwood University is located in the Plaster School of Business & Entrepreneurship. It is structured based on the concept of three focus areas – Ethics, Economics and Entrepreneurship -- managed by the following leadership team: