Lindenwood University has been named a “military friendly” school for 2014 by G.I. Jobs Magazine, an honor the magazine states is given to only 15 percent of colleges, universities, and trade schools nationwide. This is the fifth consecutive year Lindenwood has received the designation. 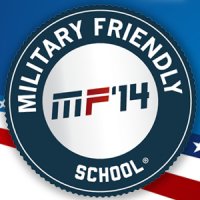 The designation, which is based on research, surveys, and other data, recognizes policies and practices to recruit and retain students who are members of the U.S. military or are veterans of the military.

“Lindenwood University is a liaison between the VA and the service members, their spouses, and their dependents and is an advocate for them as they pursue their academic goals,” said Donna Simms, director of the university’s Veterans Affairs Center. “To me, ‘military friendly’ means being of service to those who have given their service to our country.”