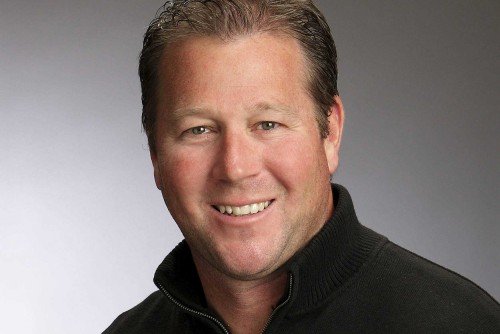 Lindenwood University Vice President for Intercollegiate Athletics Brad Wachler announced today that Jed Stugart will be the school’s new head football coach. Stugart comes to St. Charles after seven seasons at NCAA Division II Sioux Falls. Stugart begins his position at Lindenwood immediately. He will be formally introduced at a press conference on the Lindenwood campus on Wednesday.

“It is my pleasure to welcome Jed Stugart and his family to Lindenwood University,” said Wachler. “Jed successfully led the Sioux Falls football program through its transition to the NCAA and built the Cougars into one of the top teams at the Division II level. I look forward to watching him bring that same level of success to Lindenwood. I truly believe that we have hired the best football coach in all of the NCAA Division II.”

Stugart said he was excited to accept the position and looks forward to building the Lions into one of the premier teams in the country.

“I became familiar with Lindenwood while I was at MidAmerica Nazarene and recognized that they have the facilities and support to be a football powerhouse,” said Stugart. “I would like to thank Lindenwood University President Dr. Michael Shonrock and Vice President Brad Wachler for giving me the opportunity to lead and build this football program into conference and national championship contenders.”

Stugart has been the head football coach at Sioux Falls since 2010. In seven seasons, he has a record of 65-17, including a 32-5 mark over the last three years. In his first season in 2010, Stugart led the Cougars to a conference championship, and the team advanced to the NAIA National Championship game. The program began the transition to the NCAA Division II level after that. Sioux Falls won 20 games over the next three years, including a 9-2 mark in its first season as a member of the Northern Sun Intercollegiate Conference (NSIC) in 2012.

Over the last three years, Stugart and Sioux Falls took the next step and became one of the top teams in the country. The Cougars went to the postseason all three years with a victory in the Mineral Water Bowl in 2014 and NCAA Tournament appearances in both 2015 and 2016. Sioux Falls won its first NSIC Championship this past season with a perfect 11-0 regular season mark, and it won its first NCAA Tournament game with a 34-21 first-round win over Azusa Pacific. Stugart was named the NSIC Coach of the Year after the Cougars finished the regular season in the top-five in the national rankings.

During Sioux Falls’ tenure in the NSIC, Stugart has produced 73 all-NSIC performers and eight All-Americans. The Cougars have had three Academic All-Americans and 91 members on the Academic All-NSIC team. In 2010, he coached the NAIA Player of the Year, as well as 22 all-conference selections.

Stugart has been a head coach for 10 seasons and has an all-time record of 91-24. He was the head coach at former Lindenwood rival MidAmerica Nazarene from 2006 to 2008. He had a record of 26-7 with MidAmerica Nazarene, along with two postseason appearances and the 2008 HAAC Championship. Stugart was once named the Region 3 Coach of the Year by the American Football Coaches Association.

Stugart has also been an assistant coach at two NCAA Division I programs. In 2009, he was the linebackers coach for UNLV. All three starting linebackers that season finished in the top 20 in the Mountain West Conference in tackles, and the team just missed a bowl bid.

From 1999 to 2005, he was a coach at Northern Colorado. He started by coaching the defensive line and linebackers before being promoted to defensive coordinator in 2003. In his first year as coordinator, the Bears defense ranked 16th in the nation in total defense and 13th in scoring defense. Stugart produced three All-Americans at Northern Colorado and was a part of two conference championships and two postseason appearances.