Parisi to be Inducted into Parkway Hall of Fame 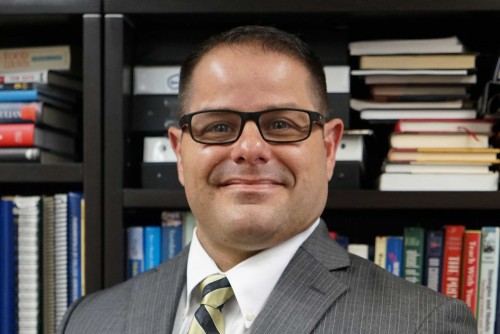 Dr. Joe Parisi, Lindenwood University’s vice president for enrollment management, will be inducted into the Parkway Alumni Association’s Hall of Fame in a ceremony on Nov. 19 at the St. Louis Marriott West.

Parisi has served in his current role at Lindenwood since November 2013, prior to which he was dean of day admissions for 10 years. He joined the staff at Lindenwood in 1998 and has served as the director of the American Humanics program and has taught in the School of Business. Himself an All-American wrestler in college, he was the most successful wrestling coach in Lindenwood’s history, winning five national championships and coaching 28 individual national champions.

“I am indeed humbled and honored by this award,” Parisi said. “Parkway Central had a huge impact on my life and will never be forgotten.”

Parisi praised the Parkway district and said it is well represented at Lindenwood with 50 district graduates attending the university annually and an additional 20 graduate students currently enrolled in the School of Education.

“The Parkway School District has been one of the most well regarded and decorated school districts in the Midwest,” Parisi said. “All four High Schools have been recognized by both US News and the Washington Post as top-rated institutions, and I am proud to be a graduate of Parkway Central. Go Colts!”

Leah McCoy, executive director of the Parkway Alumni Association, said the Hall of Fame was established in 2004 and has 150 inductees, not counting this year’s group. A new group is inducted every other year from nominees submitted over the prior year. Nominees must have graduated at least 10 years ago and are evaluated on a number of measures, including their career success, how they have given back to the community, and their other activities since high school.