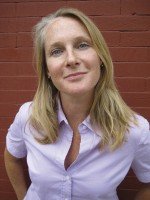 “For 2014-2015, the Lindenwood Speaker Series will be continuing its tradition of providing a mix of speakers on a range of scholarly issues and pop-culture topics,” said Paul Huffman, coordinator of the series.

All events are free and open to the public, though some will require complimentary tickets for seating. The schedule is as follows:

Piper Kerman – “My Year in a Women’s Prison” - Sept. 9, 2014, 7 p.m., J. Scheidegger Center for the Arts -Kerman is author of the best-selling memoir Orange is the New Black: My Year in a Women’s Prison, which has been adapted into an award winning series on Netflix. In addition to her work as a communications consultant with nonprofits, she is a frequent speaker on issues relating to prison and incarceration.

Lauren Drain – “Banished: Surviving my Years in the Westboro Baptist Church” - Oct. 21, 2014, 7 p.m., Spellmann Campus Center, Anheuser-Busch Leadership Room - During her teen years, from 2001 to 2008, Drain was a member of the controversial Westboro Baptist Church, though she was excommunicated from the church for questioning the belief system and methods used by the church. Her memoir was published in 2013.

Bill Rosemann – “Superheroes on and off the Page” - Nov. 11, 2014, 7 p.m., Spellmann Campus Center, Anheuser-Busch Leadership Room - As an editor at Marvel Comics, Rosemann has worked alongside the industry’s top creators, writing and editing titles starring famous characters like Spider-Man, Captain America, Iron Man, Thor, and the Avengers. Rosemann gives audiences a rare look inside the world of the comic book industry.

Giancarlo Esposito – Television and Movie Actor - Feb. 18, 2015, 7 p.m., J. Scheidegger Center for the Arts - Esposito has worked on the stage and screen since his childhood in the 1960s, his first big role coming in 1998 in the acclaimed show Homicide: Life on the Streets. He has since held roles in numerous roles, including Breaking Bad, Once Upon a Time, and Revolution.

Jamie Tworkowski – “Pain, Hope, Questions, and Community” - March 3, 2015, 7 p.m., Spellmann Campus Center, Anheuser-Busch Leadership Room - In 2006, Jamie Tworkowski founded To Write Love on Her Arms (TWLOHA), a nonprofit group dedicated to helping those who suffer from depression, addiction, self-injury, and suicidal tendencies find hope, support, and love. For his work, Tworkowski has been interviewed by NBC Nightly News, CNN, MTV, and Spin Magazine. Tworkowski offers a message of hope and community to audiences at universities and conferences throughout the US and as far away as Australia and the UK.