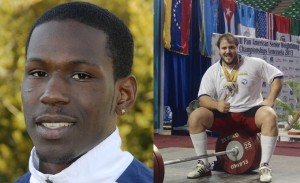 A pair of accomplished Lindenwood University alumni had strong showings Tuesday at the Summer Olympics in Rio de Janeiro.

This was Thomas’ third appearance in the Olympics and the first time he made it all the way to the finals. He finished 21st at the 2008 Olympics and 27th at the 2012 summer games.

Reis and Thomas were among eight athletes with Lindenwood ties who qualified for the 2016 Rio Olympics. The others were