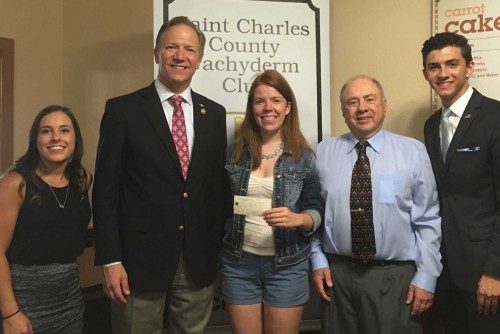 Emily Scott, a 2016 graduate of St. Dominic High School in O’Fallon, has been named the recipient of the university’s 2016 Pachyderm scholarship, which is presented in cooperation with the St. Charles County Pachyderm Club.

Scott, a resident of Wentzville, Mo., has in high school served on the Student Council and a variety of clubs and organizations and was an honor student. She also studies piano privately, in which she has competed in regional music competitions, and is active in 4-H, in which she has won Grand Champion and Reserve Champion awards in swine and cake decorating and has served in several officer positions. She has run her own cake decorating business for two years.

At Lindenwood, she intends to major in elementary education. The scholarship, awarded annually, is for $1,000 and is renewable.