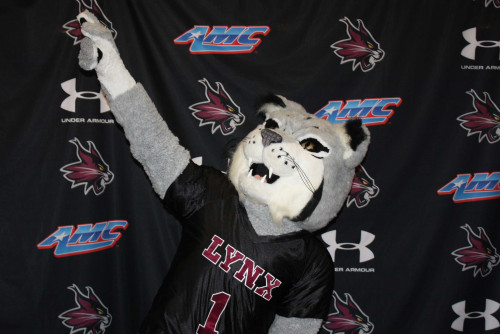 "We wanted to create an opportunity to celebrate the successes of our student athletes, not only on the courts, fields, and fairways but also in the classroom and throughout the campus community," Athletic Director Ryan Kaiser said. "We also want to acknowledge the other supporters of our athletics programming who support these young people as they navigate their way through their college experience.”

Twenty individuals, including athletes, coaches, professors, and spectators were honored throughout the evening.

The ceremony began by awarding all student-athletes of the month from the 2017-2018 academic year, including

The following eight student-athletes were named male and female freshman, sophomore, junior, and senior of the year, for excellence in their respective sports.

The Champions of Character Award honored a student that is in good academic standing that consistently adheres to the five core values of the NAIA Champions of Character program – respect, responsibility, integrity, sportsmanship, and servant leadership. The winner was Clara Oliveira, a freshman volleyball player from Rio de Janeiro, Brazil.

The Lynx Award demonstrates leadership skills, community service, and sportsmanship, and was awarded Kyle Schenerwerk, from Freeburg, Ill., who served as L-Wood the mascot.

The Fan of the Year Award was presented to Sharon and Terry Dill, who encouraged and supported student-athletes at games or contests.

The Athletic Director's Inspiration Award recognizes someone who has overcome major obstacles on and/or off the athletic field. The winner was Reece Smith, a junior rugby player from Chillicothe, Ill., who had a near-career-ending injury last season before making a recovery and helping lead the Lynx to a second-place finish at the Las Vegas Invitational in early March.

The President's Award for Academic Achievement honors a student with at least a 3.5 cumulative GPA and demonstrates a high level of personal responsibility and leadership in terms of scholastic achievement. The winner was Jessica Moon, a senior hockey player from Mayerthorpe, Alberta.

The remaining seven awards and winners were

"The biggest takeaway that I saw is how we all can come together and acknowledge the successes that many of our students didn't know about, whether it is in the classroom, on the playing fields, or just generally in our community," Kaiser said. "This first year was all about rolling the awards show out. This next year, we look for more ways and opportunities to celebrate our very best and brightest student-athletes."

Kaiser said the Lindenwood Athletic Department is hopeful that the L-Wood Awards Ceremony continues to grow and excel for years to come while honoring all student-athletes who represented the school in a positive manner.

Photo Cutline: Kyle Schenerwerk, from Freeburg, Ill., who served as L-Wood the mascot for the 2017-2018 academic year. Schenerwerk also received the Lynx Award, which goes to a student-athlete who demonstrates leadership skills, community service, and sportsmanship.