Home
About
News
Turkovic to Speak at Opening of Linares Exhibition

Turkovic to Speak at Opening of Linares Exhibition 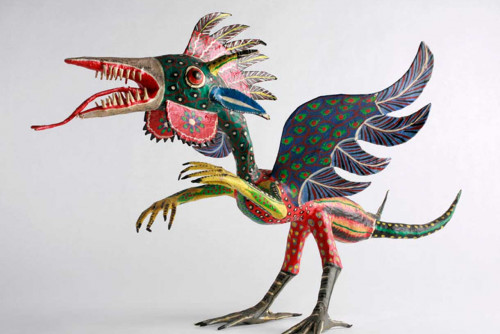 Dana Turkovic, curator for St. Louis’ Laumeier Sculpture Park, will speak at the Jan. 31 opening reception for an exhibition of sculptures by noted Mexican artist Pedro Linares (1906-1992) at Lindenwood University. The reception, in the Boyle Family Gallery, in Lindenwood’s J. Scheidegger Center for the Arts, will be from 6 to 8 p.m.; Turkovic will speak at 7 p.m.

The exhibition runs from Jan. 24 through March 10; gallery hours are 3 to 8 p.m., Monday through Thursday, and admission is free. The Scheidegger Center is located at 2300 West Clay St., on Lindenwood University’s campus.

The 18 paper mache sculptures, referred to as alebrijes, depict fantastical creatures that Linares said were inspired by a dream he had when he was ill at the age of 30. Because of his work on the figures, he eventually became renowned at the top artist in Mexico.

Linares received the Mexican government's National Award for Science and Art in 1990. His three sons, Miguel, Enrique, and Felipe, learned the craft and worked alongside him as a team on the sculptures. Almost all the sculptures are collaborative. Now, three of his grandsons are carrying on the tradition as well.

The sculptures in this collection date from around 1990 and are in the El Dia de los Muertos (Day of the Dead) tradition, one of the genres for which the Linares Family is most known. In these vignettes, skeletons are depicted in everyday occupations such as newsboy, musician, and cowboy.