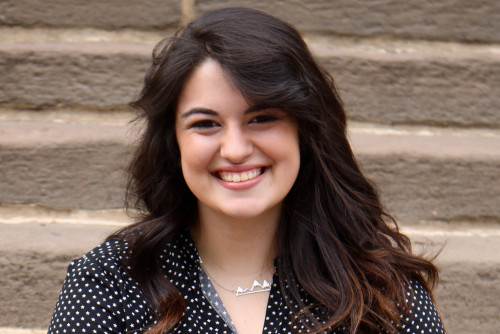 Lindenwood senior Kristen Wilhelm was recently named National Collegian of the Year by Delta Sigma Pi, the international co-ed business fraternity., The award is the highest honor a collegian member can achieve in the organization and is given to the one outstanding member of Delta Sigma Pi who has demonstrated the values and ideals of the fraternity. She was chosen from 296 people nationwide.

Wilhelm said her experience as a member in the business fraternity has allowed her to gain friendships with like-minded professionals, create bonds with her teachers, and grow professionally.

“This fraternity has given me so much, and I'm honored that I received the opportunity to give back to them in such a big way,” she said.

Wilhelm is scheduled to graduate in May with a degree in business administration with an emphasis in human resource management and marketing.

Read more about the Collegian of the year award winners.