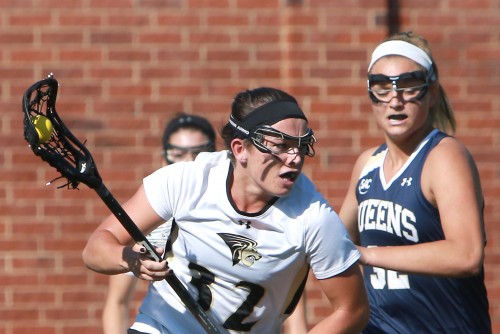 For the second straight season, Morgan Judd of the Lindenwood women's lacrosse team was selected as the winner of the Elite 90 award. Judd received the award as part of the NCAA Championship Banquet, which was held at the Kehr Union Building on the campus of Bloomsburg University in Bloomsburg, Pa.

On the field, the senior midfielder has totaled 38 goals and 11 assists this season, and was tabbed as a second-team all-RMAC performer. Judd is currently tied for second place in program history with 102 career goals scored.